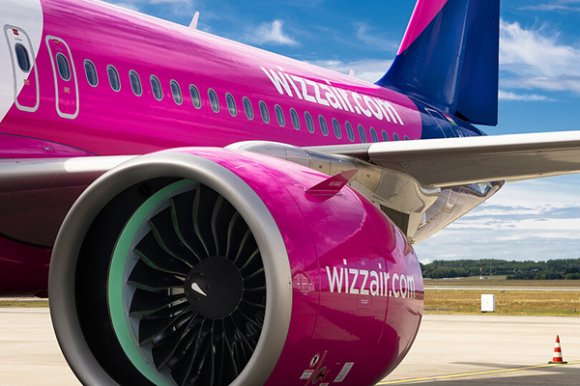 Wizz Air is further expanding in the UK with the opening of a new base at Cardiff Airport (CWL) in Wales ahead of the summer 2021 season.

One Airbus A321 aircraft will be stationed at the airport, enabling the launch of nine routes. Notably, all the new services will be to warm-weather destinations, primarily in Spain and Greece, rather than to locations in Wizz's Central and Eastern European heartlands.

The base will become the fourth to be operated by Wizz Air’s UK subsidiary—and is the third to be announced since August; alongside London Gatwick (LGW) and Doncaster Sheffield (DSA). It also marks the Hungarian airline’s first venture into the Welsh market.

“In terms of an untapped market for the low-cost experience, Cardiff is perhaps the one remaining location in the UK,” Wizz Air UK MD Owain Jones told Routes.

“If you look at the catchment area, there are three major cities—Cardiff, Newport and Swansea—all within a relatively short drive of the airport, and it’s never really had a proper low-cost carrier here.”

Year-round flights will be offered to Alicante (ALC), Faro (FAO), Larnaca (LCA) and Tenerife (TFS), as well as seasonal routes during the summer to Corfu (CFU), Heraklion (HER) and Palma de Mallorca (PMI). Services to Lanzarote (ACE) and Sharm El Sheikh (SSH) will operate during the winter season.

Jones said the airline expects leisure demand from CWL to be stronger next summer, but the carrier has not ruled out opening routes to Central and Eastern Europe, which would primarily target VFR passengers.

“We have a bank of routes that we’re looking at, but there’s nothing more to announce yet. However, we see a lot of opportunity here in Cardiff,” he said.

The expansion grows Wizz Air UK’s fleet to 14 aircraft and means the carrier will operate 132 routes from 11 UK airports. It will also increase annual capacity at CWL by more than 350,000 seats.

“The fact that one of the leading low-cost airlines in the world has chosen to set up their next base at Cardiff is fantastic news for Wales,” CWL’s interim CEO Spencer Birns said.

“We know many people living in Wales are craving a well-deserved holiday after such a challenging year and these new flights going on sale today from Cardiff, will give so many more opportunities for holidays to be planned now that will give us all something to look forward to for next year.”

The arrival of Wizz will provide a significant boost for CWL, which was hit hard by the collapse of regional carrier Flybe in March. According to OAG Schedules Analyser data, Flybe offered more than 320,000 departure seats from the airport in 2019, representing one third of total capacity.

Although Eastern Airways is due to start flying between CWL and Belfast City (BHD) in January, other destinations like Edinburgh (EDI), Glasgow (GLA) and Newcastle (NCL) remain unserved following the loss of Flybe.

Additionally, Qatar Airways’ route to Doha (DOH) was suspended in March as the COVID-19 crisis deepened and continues to be on hold for the winter season.