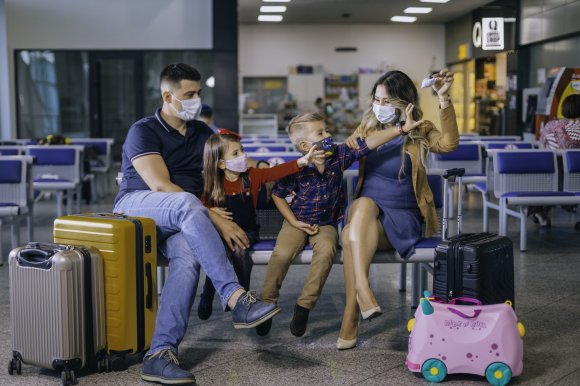 Air Astana is reshaping its international network in response to strong demand for point-to-point leisure destinations, according to CEO Peter Foster.

That market in Kazakhstan has changed “in ways we never envisaged” as a result of the COVID-19 pandemic, Foster told delegates at the Routes Reconnected 2020 conference on Dec. 3. More passengers are now keen to fly nonstop to warm-weather locations.

“The market in Southeast Asia is obviously as dead as a dodo so we’ve no flights to Kuala Lumpur, Bangkok or Vietnam, but we’ve realised that other point-to-point leisure routes have become hugely popular,” he said.

“Dubai and Antalya are doing incredibly well, and we’ve launched a route to the Maldives where demand is huge. Our model is rapidly changing given these changes to the market profile.”

Air Astana has this week started its first route to Velana International (MLE), which serves the Maldives’ capital Male, operating from Kazakhstan’s most populous city Almaty (ALA).

Flights will initially be 2X-weekly on Wednesdays and Saturdays, rising to 3X-weekly from Dec. 21 with the addition of a Monday service. Air Astana intends to use its fleet of new Airbus A321LR aircraft on the route, configured with 16 business-class seats and 150 in economy.

“What seems to be happening is that people don’t want to be transitioning through large hubs anymore on multi-destination leisure trips,” Foster said.

“It seems to us that people want to get on an aircraft at point A and get off at point B, spending as little time as possible traveling. We’ll see if that continues to be the case, but it is certainly happening at the moment.”

“We’re operating a few flights to Dubai, Istanbul and Frankfurt, and weekly flights to Seoul and Moscow,” he explained.

“To put that into context, normally we’d be operating about 60 flights per week between Kazakhstan and Russia, and at the moment we’re offering one.”

However, Foster said that Air Astana entered the current crisis “in comparatively good shape,” which has enabled it to preserve jobs.

“We’ve had a run of profitability for almost every year we've been operating and 2019 was very good for us,” he said.

“We had plenty of liquidity and we were able to leverage that liquidity to obtain commercial loans. We’ve therefore not had to go to either our shareholders or the government to ask them money.”