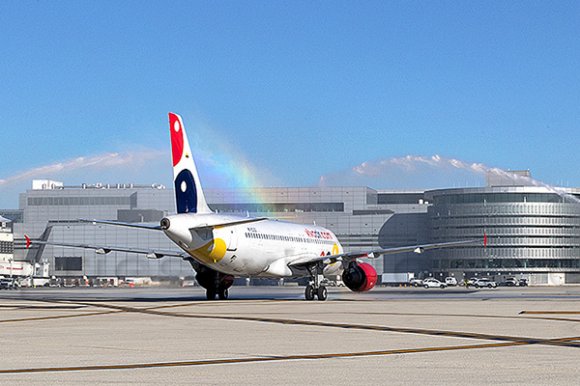 Viva Air Colombia plans to operate about 80% of pre-COVID capacity during December following strong demand since the country’s travel restrictions were relaxed in September.

Speaking during the Routes Reconnected conference program, CEO Felix Antelo said VFR and leisure traffic has been driving the resumption of services, as well as the ULCC’s entry into new markets.

“We had one of the longest air shutdowns in the world at around six months and I think that built up a lot of pent-up demand,” he said.

“When we restarted operations in September, people were eager to fly. Colombia has had one of the strongest comeback markets in the world, along with Brazil and Mexico.”

Antelo praised Colombia’s government for reducing VAT on airline tickets, saying that the decrease from 19% to 5% can be passed on to passengers to further stimulate demand.

According to figures provided by OAG Schedules Analyser, Viva Air Colombia is this week (w/c Dec. 7) operating 22 domestic and two international routes. This compares with 20 domestic and four international services during the same week a year ago.

Antelo said the recovery of the airline’s domestic network “speaks volumes” about the demand for low-cost travel options in Colombia, adding that load factors have increased from around 65% to 80% over the past two months.

“The value for money proposition of a ULCC like Viva was important before COVID but it’s even harder now to earn $1—people are therefore looking for the best possible value for money,” Antelo said. “We’re seeing this in the performance of our loads and yields.”

A number of new services have been launched from Cali (CLO) in recent weeks, including a 4X-weekly route to Colombia’s capital Bogota (BOG). The carrier has also opened a base at CLO, stationing two aircraft at the airport.