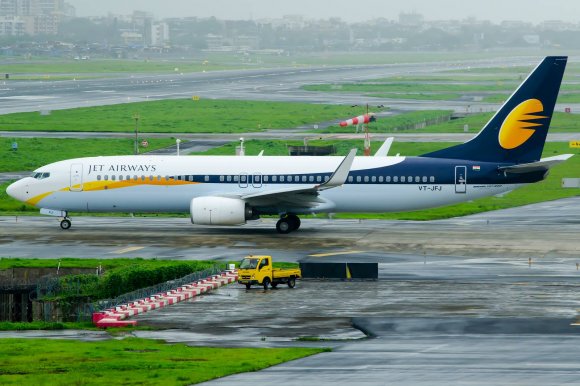 New investors in grounded Indian carrier Jet Airways hope to resume operations by summer 2021 should the necessary approvals be received.

Under the Jet 2.0 plan, the carrier intends to operate all of its historic domestic slots in India and restart international services. The airline’s hubs will also remain in Delhi (DEL), Mumbai (BOM), and Bengaluru (BLR), with smaller hubs created in tier two and tier three cities.

In addition, the consortium wants to increase cargo revenues with a dedicated freighter service.

“The consortium’s vision is to regain lost ground, set new benchmarks for the airline industry with the tag of being the best corporate full-service airline operating on domestic and international routes,” the statement said.

“The Jalan Kalrock Consortium will set up processes and systems focused on greater efficiency and productivity across all routes.”

However, the proposals require approval from the National Company Law Tribunal, India’s bankruptcy court, as well as aviation regulators in the country. This includes the reinstatement of slots and bilateral traffic rights.

Jet Airways suspended flying in April 2019 after struggling with more than $1bn of debt. The move came a month after the carrier was taken over by a consortium of investors led by the State Bank of India, resulting in the exit of its founder and chairman Naresh Goyal, who established the airline in 1992.

At its peak, Jet Airways was India’s second-largest airline by market share and boasted a fleet of 120 aircraft, flying 600 domestic and 380 international routes. However, the carrier’s financial struggles were exacerbated by the rapid growth of low-cost rivals in India, coupled with a rise in fuel prices and an unfavourable exchange rate.

As a result, the airline was unable to reduce its cost base in line with some of its counterparts, partly because of its less fuel-efficient fleet, and reported a net loss of $620m in 2018.

However, following a lengthy insolvency process, the creditors of Jet Airways in October 2020 approved a resolution plan submitted by the Jalan Kalrock Consortium to revive and operate the airline.

Manoj Narendrer Madnani, a board member of the Jalan Kalrock Consortium, said: “Jet has been a brand with a glorious history of over 25 years, and it is the vision of the consortium to put Jet Airways back in the skies at the earliest opportunity.

“We aim to re-energize the brand by infusing energy, warmth, and vibrancy into it while making it bigger and better.”

Prior to the carrier’s insolvency, Jet Airways’ largest routes by capacity in 2018 were predominantly domestic, led by BOM-DEL with 1.98 million available seats. On the international front, BOM-London Heathrow (LHR) had the most capacity with 757,700 seats, data provided by OAG Schedules Analyser shows.