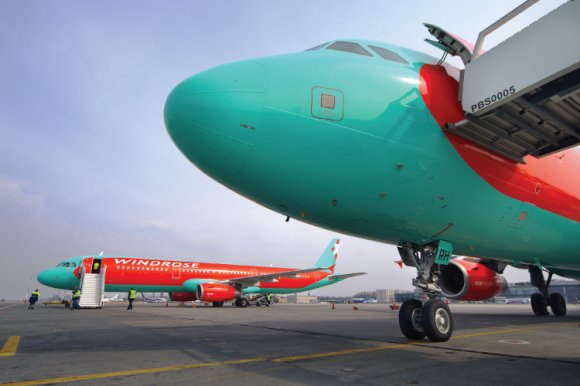 Windrose Airlines is seeking permission from the US Department of Transportation (DOT) to serve the market between Ukraine and the US.

The carrier, which is based at Kyiv Boryspil International (KBP), primarily operates charter services across Europe, the Middle East and North Africa with a fleet that includes Airbus A321s, A320s and ATR72-600s.

In an application to the DOT, the airline requested authority to “engage in scheduled and charter foreign air transportation of persons, property and mail from points behind Ukraine, via Ukraine and intermediate points to a point or points in the United States and beyond.”

Should Windrose secure approval, the carrier said it expects to operate flights under a wet-lease agreement, as well as offering ad hoc charters using its own aircraft. The airline recently leased an A330-200 on a 14-month contract, although this will be used for cargo.

Windrose’s application does not reveal specific Ukraine-US routes that will be served, but the carrier said the Ukraine Civil Aviation Authority in November awarded it traffic rights to provide a 2X-weekly service between Kyiv and New York.

According to data provided by OAG Schedules Analyser, there are currently no scheduled passenger services operating between Ukraine and the US.