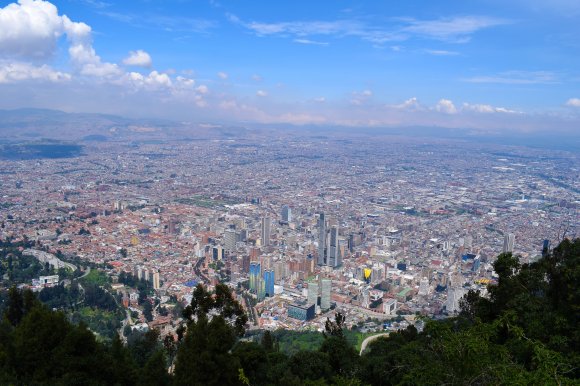 Ultra Air plans to begin operations in summer 2021 with a fleet of either Boeing 737 MAX 8s or Airbus A320s, founder and CEO William Shaw has told Routes.

Shaw, who launched Viva Air Colombia and was more recently CEO of Mexico’s Interjet, said the new airline hopes to operate a network of 29 domestic and 15 international routes should Colombia’s government approve the launch of the ULCC.

He explained that the restructuring of national carrier Avianca, coupled with a string of policies introduced by the government to stimulate economic recovery, means Colombia has become an attractive market for new entrants despite the impact of the COVID-19 pandemic on air travel.

“The challenge that COVID brings is now new—we’ve gone through a lot of changes in the airline business in the last 30 to 40 years,” Shaw told delegates during the recent Routes Reconnected 2020 conference.

“People will fly again. If you look at the ASK growth over the past 50 years, there’s small corrections in the market, but it continues to grow. I think by next summer we will have seen the worst of the pandemic and there will be a lot of pent-up demand.”

Shaw said the geography of Colombia makes it difficult to travel domestically, with a 1-hr. 20-min. airliner journey taking up 18-20 hrs. by bus. He therefore believes that Avianca’s planned capacity cuts and network rationalization means there will be “a lot of space that needs to be filled.”

“The Colombian government also understands the importance of travel and tourism to kickstart the economy,” Shaw said. “They’ve already reduced VAT from 90% to 5% on all airline tickets and have some pretty comprehensive packages for major investments in the country, guaranteeing tax benefits. Our competitors will not be able to access those because they’re not new investors.”

Among the routes Ultra Air has applied to operate are Bogota (BOG)-Medellin (MDE), one of the busiest in Latin America, as well as flights from BOG to Cali (CLO), Cartagena (CTG) and Santa Marta (SMR). Internationally, the ULCC hopes to serve Mexico City (MEX), Miami (MIA) and Quito (UIO) among others.

Shaw said that conversations have already taken place with Boeing and Airbus regarding Ultra Air’s planned fleet, suggesting that the carrier could become the first in Colombia to operate the recently recertified 737 MAX.

“I think that only one time in our lives we’re going to see a brand-new aircraft with these very, very competitive prices,” he said. “Boeing wants to get those aircraft out there. They want to get their aircraft flying and regain the market they’ve lost. Boeing is being very aggressive.”

Shaw was interviewed during Routes Reconnected by Dave Appleby, Latin America and the Caribbean director at Routes and ASM.