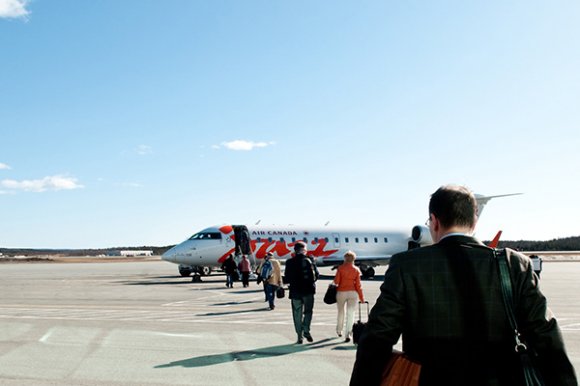 Service is being “whittled down to an unsustainable level” in Canada’s Atlantic provinces following the latest route cuts to be announced by Air Canada.

That’s according to Derrick Stanford, president of the Atlantic Canada Airports Association, who warned that the “industry cannot survive and operate in these conditions.”

The announcement follows WestJet’s decision in October to suspend 80% of the airline’s Atlantic Canada capacity. Earlier this year, Air Canada also cut 11 routes in the region and closed stations in Bathurst (ZBF) and Wabush (YWK).

“This will have a huge impact on our region’s economy, on the ability of families to reconnect, on the movement of essential workers, and on airport employees and businesses,” said Stanford, who is also the CEO and president of Saint John Airport.

Monette Pasher, executive director of Atlantic Canada Airports Association, added that the cumulative impact of air service reductions could spell the end for some of Canada’s smaller regional airports.

“We are down to bare bones for air service, which makes each of these cuts more devastating because they cut at the heart of communities, and they cut our region off from the rest of the country,” she said.

“We are going to have a long hard road ahead of us to rebuild air access for our region. Repercussions of these cuts will be felt for years to come in many Atlantic Canada cities, towns and rural communities.”

Pasher called on Canada’s government to provide financial assistance for the country’s airlines to help protect from further route reductions.

In November, Air Canada warned 95 domestic, US transborder and international routes had been earmarked for suspension, as well as nine Canadian station closures, unless the carrier could secure state support.

Air Canada said the decision to shrink flying in Atlantic Canada “was not taken lightly” but that it was carrying fewer than 8% of its normal passenger volumes with “no horizon for recovery.”

“We continue to experience significantly reduced traffic due to COVID-19, ongoing travel restrictions and quarantine rules, low seasonal demand and the termination of the travel bubble,” the company added in a statement.

“It is increasingly difficult to continue to operate in this challenging environment without specific financial support from government, with whom continue to wait for negotiations to start.”