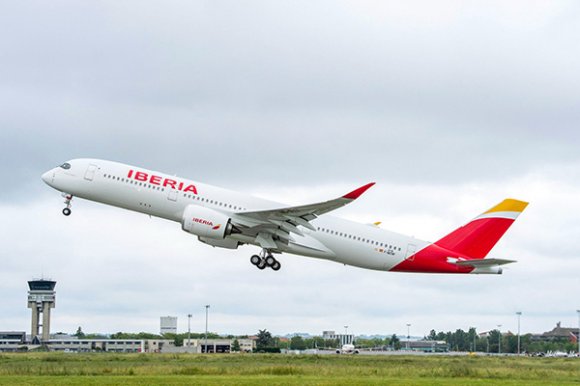 The Civil Aviation Administration of China (CAAC) has approved the launch of four new international passenger routes, including services to destinations in Europe, Africa and North America.

A filing on the government authority’s website shows the green light has been given for China Southern Airlines to operate a pair of new routes, and Sichuan Airlines and Iberia given the go-ahead to fly one apiece.

Spanish carrier Iberia has been approved to fly a weekly nonstop passenger service between its Madrid (MAD) hub and Hangzhou Xiaoshan International (HGH), located 27 km east of downtown Hangzhou, the capital of Zhejiang Province and home to more than 10 million people.

Beijing Capital Airlines had planned to resume a one-stop service via Chengdu (CTU) in March 2020, but the launch failed to materialize as countries around the world began to shut down as part of efforts to control the COVID-19 outbreak.

Elsewhere, the CAAC has approved Chengdu-based Sichuan Airlines’ application to serve Toronto  (YYZ) with a weekly flight from its home hub. If the carrier begins the route, Toronto would become its second destination in Canada alongside Vancouver.

Sichuan Airlines started flying from CTU to Vancouver International (YVR) in 2012, operating flights via Shenyang (SHE). A nonstop service was added in November 2019. Toronto was the fifth largest O&D market in North America from Chengdu in 2019, Sabre data shows, with around 21,500 two-way passengers traveling indirect.

Finally, China Southern Airlines has been cleared by the CAAC to begin two passenger routes, securing the rights to start 1X-weekly flights between Shenzhen (SZX) and Nairobi (NBO) in Kenya, alongside Wuhan (WUH) and Islamabad (ISB) in Pakistan.

According to OAG, the airline has already begun operating both, using Airbus A330 equipment on SZX-NBO and a mix of Boeing 787-8s and 787-9s on WUH-ISB. China Southern already flies to NBO from Changsha (CSX) and previously served ISB nonstop from Kunming (KMG) and Urumqi (URC).