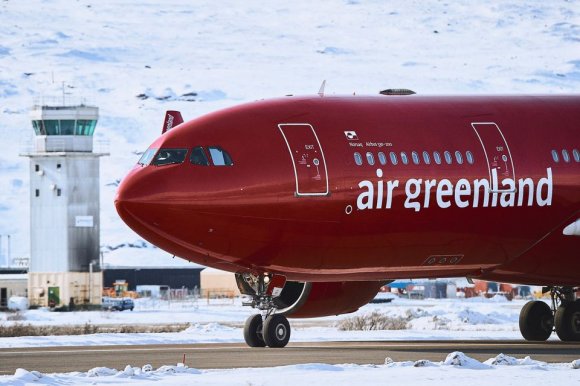 Canadian North and Air Greenland have signed a letter of intent (LOI) to explore partnership opportunities for air service and sustainable tourism development between Greenland and Canada.

Greenland is the world’s largest island but it is sparesely inhabited with limited international connectivity, with just a few air services to Denmark and Iceland.

“In 2021, we’ll be adding two Boeing 737-700 aircraft to our fleet that will be able to go from Toronto direct to [Greenland airports] Nuuk or Ilulissat,” Canadian North president and CEO Chris Avery said.

“Although we have yet to enter the planning stages of providing this connectivity, the LOI is a reflection of our common goal; to bridge the vast distances between Canada and Greenland."

Canadian North, which has a fleet of Boeing 737 and ATR 42 aircraft, also intends to partner with Air Greenland on flights between Ottawa (YOW)-Iqaluit (YFB)- Nuuk (GOH) and YOW-YFB-Ilulissat (JAV).

The planned cooperation comes as Kalaallit Airports, set up by Greenland’s government in 2016, is embarking on an expansion of the existing airports in the capital Nuuk and tourism centre of Ilulissat, as well as the construction of a new airport in Qaqortoq.

The existing runway in Nuuk will be extended from 950 m to 2,220 m, and in Ilulissat from 845 m to 2,200 m, enabling both airports to accommodate larger aircraft. Qaqortoq’s new airport will feature a 1,500-m runway, with construction scheduled for completion by late 2023.

The development of the airports will open up new possibilities for direct flights from Europe, North America and Asia.