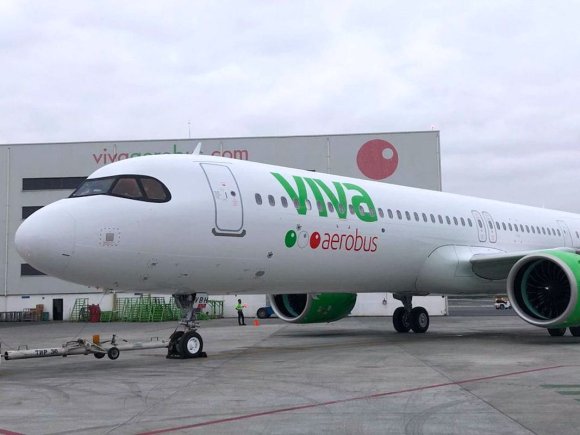 Mexico’s Viva Aerobus will this week inaugurate four new routes from Mexico City as ULCCs in the country continue to grow their presence from its capital city.

The network additions take the number of destinations served by the carrier from MEX to 38, up from 23 this time a year ago. A total of 31 of the routes are domestic, while seven are to points in the US.

“With the start of these routes, Viva Aerobus reaffirms its commitment to accessible air connectivity in Mexico City, one of the five operational bases of the airline,” the carrier said in a statement.

“This city has become a key destination for the airline, which just surpassed the record of 25 million passengers transported since its founding in 2006.”

Across its network, Viva Aerobus will serve 128 routes by the year-end: 103 domestic and 25 international. This represents growth of 10% in operational capacity and an increase of nine routes compared with December 2019.

The airline’s expansion from MEX comes as ULCCs in Mexico continue to benefit from the retrenchment of competitors.

Speaking during Routes Reconnected, Volaris’ CEO Enrique Beltranena claimed the carrier has a “once in a lifetime” chance to expand from Mexico’s main international gateway—an airport where securing slots was notoriously difficult before the coronavirus crisis.

He explained that the financial problems encountered by national carrier Aeromexico and LCC Interjet—and their associated fleet reductions—means more slots are opening up.