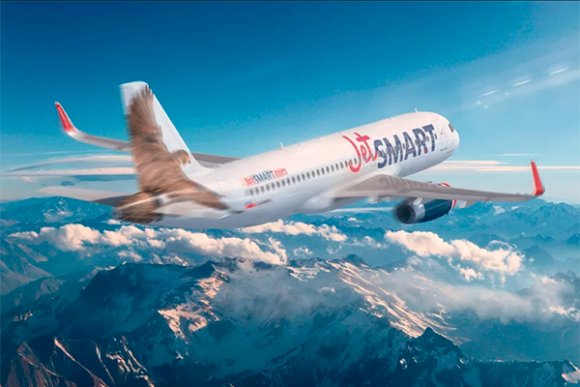 JetSMART has launched a new international destination from its base at Antofagasta (ANF) in Chile. The ULCC started flying to Cali (CLO) in Colombia on Dec. 15, offering a 1X-weekly service on Tuesdays using Airbus A320s. The airline will be the only operator of flights on the route.

The launch is the first of two new services to Colombia that are planned over the coming weeks. From Jan. 6, 2021, the carrier will also connect ANF with Bogota (BOG) with a weekly flight. JetSMART already serves CLO and BOG from Santiago (SCL).

Sabre Market Intelligence data shows O&D traffic between Antofagasta and Cali totled 7,755 two-way passengers in 2019, a rise of almost 20% on the previous 12 months. As there was no direct service, the top connecting market was Lima (LIM), followed by SCL and BOG. JetSMART will be hoping to stimulate the market with its low fares.

“From the beginning, our main commitment has been to provide connectivity to the regions, contributing to decentralization with direct routes without going through Santiago and becoming the first airline in Chile with base of operations outside the capital,” JetSMART CEO Estuardo Ortiz said.

“This milestone reaffirms our commitment to enhance connectivity in South America through direct flights that give families the opportunity to meet again.”

JetSMART began flying to Colombia in December 2019 and has reportedly expressed an interest in entering the country’s domestic market in 2022. The Chilean carrier also has a subsidiary in Argentina and is preparing to establish a new domestic operator in Peru.