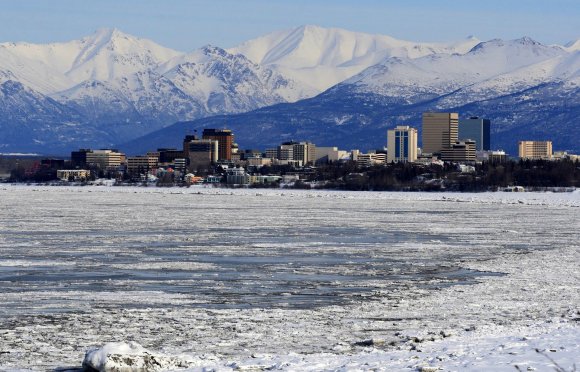 Three new routes are being added to Alaska Airlines’ network from Anchorage (ANC), while a fourth is being extended from a seasonal service to year-round.

The carrier, which is set to enter the oneworld alliance at the end of March, will begin a 4X-weekly year-round route from ANC to Las Vegas McCarran (LAS) from May 20. Daily flights to Denver (DEN) and San Francisco (SFO) will start on June 17 through Aug. 16 from ANC.

Additionally, Alaska Airlines is turning its daily service to Phoenix Sky Harbor (PHX) into a year-round route. All four routes will be operated on board Boeing 737 aircraft.

The ANC-SFO flight—first announced in August 2019—was scheduled to start in April 2020, but it was delayed due to the COVID-19 crisis.

“The demand for leisure travel in 2021 is beginning to return as our guests look ahead, and we're offering even more nonstops to take Alaskans to the places they want to go,” Alaska Airlines regional vice president Marilyn Romano said.

“We believe our guests will love the convenient nonstops to Vegas, Denver and San Francisco, in addition to our daily nonstop flight to Phoenix that's now set to fly year-round.”

Analysis of data provided by OAG Schedules Analyser shows that Alaska Airlines served ANC-DEN seasonally until September 2013, while regular scheduled service was provided between ANC and LAS until January 2018. The Seattle-based carrier has operated ANC-PHX seasonally since December 2013.

During the northern summer 2021 season, Alaska will fly eight nonstops from ANC to domestic destinations. In addition to the three new routes and PHX, flights will operate to Chicago O’Hare (ORD), Los Angeles (LAX), Portland (PDX) and Seattle (SEA).

In October, Alaska Airlines began flying Embraer 175 aircraft in the state of Alaska, allowing it to increase interstate connectivity from ANC and Fairbanks (FAI), as well as providing year-round service to King Salmon (AKN) and Dillingham (DLG).

At 76 seats, Alaska Airlines said the E175 is the ideal size for many communities where larger jets are not the best option throughout the year.

The network additions come as the carrier prepares to officially join oneworld on March 21, 2021. Plans to formally link up with the alliance were originally announced in February 2020, along with the formation of a west coast-oriented codeshare partnership with American Airlines.

Speaking during Routes Reconnected earlier this month, CEO Brad Tilden explained the airline’s entrance to oneworld would give its customers access to the kind of network scale that matches competitors’ offerings in major markets such as SEA and LAX.