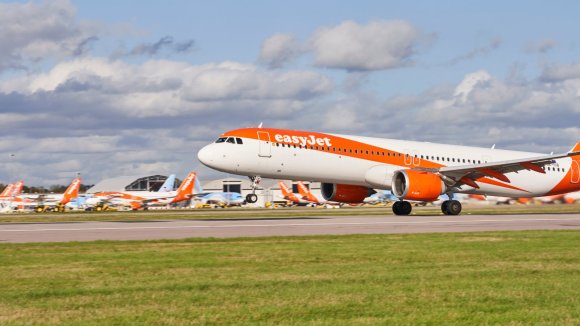 UK carrier easyJet is expanding its largest base at London Gatwick (LGW) by adding four more aircraft from next summer.

The move will take the airline’s fleet at the airport to 71, allowing it to launch new routes to Aberdeen (ABZ), Bilbao (BIO) and Cagliari (CAG). The carrier said it also plans to increase capacity across its existing network having recently obtained further slots at LGW.

In total, easyJet intends to offer 107 destinations from the airport across 28 countries from next summer.

“In anticipation that demand for travel will return—and having recently seen signs of growing confidence by our customers in making plans for travel next spring and summer—we have decided to continue investing at our largest base, London Gatwick,” easyJet CEO Johan Lundgren said.

“This commitment is in line with our strategy of maintaining a strong network of number one and number two positions at Europe’s leading airports, providing even more popular destinations for customers.”

LGW CEO Stewart Wingate said the rollout of COVID-19 testing and vaccines is leading to increased demand for air travel as passenger confidence grows. He added that easyJet’s decision to grow its base at the airport would build on this momentum.

EasyJet is the largest operator at LGW and 20% of all its flights were operated from the airport in 2019. According to data provided by OAG Schedules Analyser, the airline has a 48% share of all departure seats from LGW in December 2020.

EasyJet has also confirmed that a new route from Glasgow (GLA) to Pula ({PUY}}) in Croatia, postponed as a result of the pandemic, will now launch next summer.

From June 28, flights to PUY will operate 2X-weekly on Mondays and Fridays throughout the peak summer season.