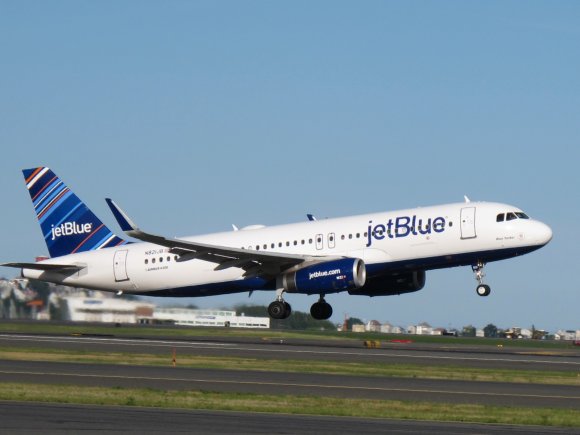 JetBlue Airways’ decision to launch service from Miami International Airport (MIA) caps off a raft of network changes the company has undertaken during the COVID-19 pandemic to respond to what it deems as “changing customer demand.”

In February 2021, JetBlue plans to introduce up to 14 daily flights from Miami to Boston Logan (BOS), Los Angeles (LAX), New York JFK (JFK) and Newark International (EWR). The flights to Los Angeles will feature JetBlue’s Mint premium service, which the airline currently offers from its focus city in nearby Fort Lauderdale (FLL).

Fort Lauderdale is a long-standing focus city for JetBlue, and data from Aviation Week’s CAPA and OAG for the week of Dec. 14 show the airport is the airline’s second-largest base measured by seat deployment.

Historically, low-cost operators have shied away from Miami and opted for Fort Lauderdale, but the COVID-19 crisis has resulted in those operators opting to enter markets that may have seemed illogical in normal times.

Previously, JetBlue has concluded that “coronavirus has transformed airline route maps.” Most of the larger US carriers, including American Airlines, Delta Air Lines, Southwest and United Airlines operate service from both Miami and Fort Lauderdale.

JetBlue stated that Miami is the busiest airport that it currently does not serve, and the new flights will complement its strength in the South Florida market. All of the routes the airline is adding from Miami are also available from Fort Lauderdale.

The airline will face ample competition on its new service from Miami. Presently, its new partner American operates on all the routes and Delta offers flights from Miami to Boston and JFK. United serves its Newark hub from Miami, and ULCC Frontier operates service from Miami to Boston and Newark. Miami is a hub for American, which earlier in 2020 outlined a partnership with JetBlue to strengthen its position in the US Northeast.

JetBlue’s launch of flights from Miami joins a slew of other network changes the company has made in 2020, including the closure of its focus city in Long Beach, California, making a push from Los Angeles, an expansion from Raleigh-Durham and additional routes from Newark International airport. JetBlue has also added Mint service from Newark.

JetBlue’s new service to Miami is part of the airline’s plan to add 24 new routes in 2021 that include the debut of flights from Guatemala City, Key West and Los Cabos.