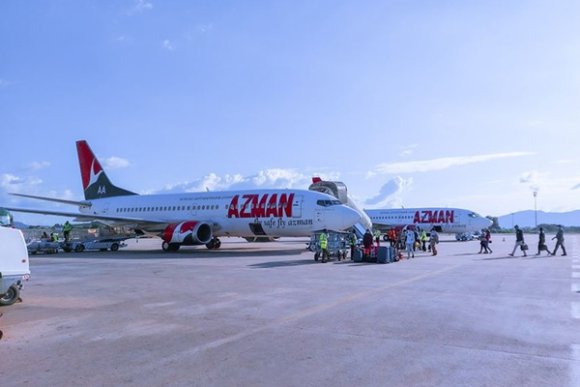 Nigerian carrier Azman Air is eyeing an ambitious growth strategy in 2021 that will see it launch international flights to Dubai (DXB), Jeddah (JED) in Saudi Arabia and China.

The carrier said it plans to add another Airbus A340-600, three Boeing 737-800s and five regional aircraft to its fleet this year.

“The management at Azman Air have concluded a mega plan to dominate the Nigerian aviation market in 2021,” Azman Air said in a Jan. 4 Facebook post.

The airline said its second A340-600 would be used to launch international flights to an unspecified destination in China as well as DXB and JED, all from KAN. The three 737-800s will be used for intra-African expansion. No destinations were specified, although Azman Air executives said they had visited five African countries in 2020—Ghana, Mali, Rwanda, Tanzania and Uganda—in search of network points.

Five “lower-capacity aircraft” will be acquired to serve thinner domestic routes within Nigeria, the airline said. Privately owned Azman Air was founded in 2010 and aims to provide “affordable and comfortable flights” within and beyond Nigeria.