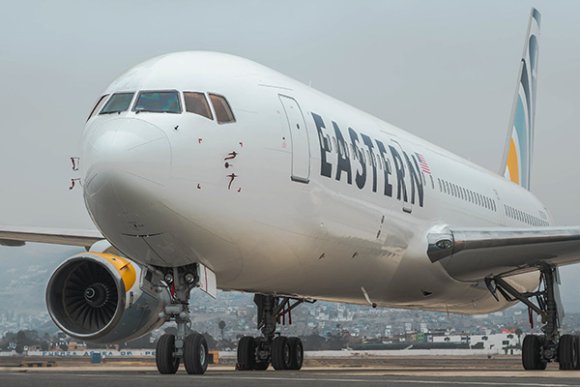 The route will operate using a 226-seat Boeing 767-300 aircraft and is the first of two new services being started by the carrier in January. Later this month, the airline is planning to begin flying between Los Angeles (LAX) and Guayaquil (GYE) in Ecuador.

The start of the MIA-ASU route follows a Miami-Dade County trade mission to Paraguay in November 2019 where the potential for nonstop air services were discussed.

“We are pleased to see Eastern Airlines increase their presence at MIA and further expand our route network with South America,” MIA director and CEO Lester Sola said.

“Eastern was one of the first airlines to resume service at MIA with repatriation flights during the pandemic, so we greatly appreciate their commitment to our airport and to Miami-Dade County.”

In addition to the ASU flights from MIA, Eastern currently operates charter services 4X-weekly to GYE; 2X-weekly to Montevideo (MVD) in Uruguay; and 1X-weekly Guatemala City (GUA) in Guatemala.

According to data provided by OAG Schedules Analyser, MIA has been without direct flights to Paraguay since American Airlines canceled its ASU service in March 2015. O&D traffic between MIA and Paraguay totaled 55,270 two-way passengers in 2019, Sabre figures show, down from 77,600 during the previous 12 months.

In addition to Eastern’s new MIA-ASU and LAX-GYE routes, the low-cost, long-haul operator which relaunched in February 2020 plans to add a string of other new scheduled services this year.

From late March, the airline plans to begin flying to Belo Horizonte (CNF) in Brazil from Boston (BOS), New York John F Kennedy (JFK) and MIA. Service to Ecuador's capital Quito (UIO) will also begin then from JFK and MIA.

Eastern is also set to start service between Philadelphia (PHL) and Mexico City (MEX) in March, with JFK- Anchorage(ANC) joining its network in May.