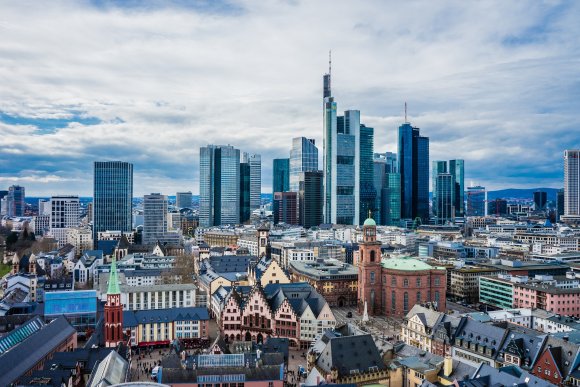 Vistara plans to add Frankfurt to its route map from February, becoming the second destination in Europe to be served by the Indian full-service carrier.

From Feb. 18, the airline will start flying between Delhi (DEL) and Frankfurt International (FRA) 2X-weekly on Thursdays and Saturdays using Boeing 787-9 aircraft. The 6,120-km (3,803-mi.) route is being launched as part of a transport bubble formed between India and Germany.

“As a key gateway to Germany and an ever-thriving metropolis that is a global hub of finance, commerce and trade, Frankfurt is another significant addition to our route network that also strengthens our presence in Europe,” Vistara CEO Leslie Thng said.

FRA becomes Vistara’s second point served in Europe after London Heathrow (LHR). The airline said that subject to existing regulations around transit traffic, passengers can also travel via FRA to the rest of Germany and the EU.

“India and Germany enjoy very strong ties, the impressions of which are visible in many areas including business, science and technology, that continue to fuel demand for travel between the two countries,” Thng said.

“Not only this, Germany is also home to hundreds of thousands of Indians and people of Indian origin.”

Sabre Market Intelligence figures show that O&D traffic between Delhi and Frankfurt totaled 165,447 two-way passengers in 2019—a rise of 54% on the previous 12 months. About 74% of passengers traveled nonstop.

Frankfurt was the fourth biggest O&D market from Delhi in 2019 after London, Paris and Milan.

Vistara, a joint-venture airline between Tata Sons and Singapore Airlines, announced in November 2020 plans for a second route to LHR, adding connectivity from Mumbai (BOM) as well as its existing route from DEL. The BOM-LHR flight was due to start on Jan. 16, operating 3X-weekly.

However, in late December India’s government has banned all flights to and from the UK following the discovery of a new, more infectious COVID-19 strain discovered in the UK.

Flights between India and the UK resumed on Jan. 6 although only 30 flights will be operational between the countries instead of 70.