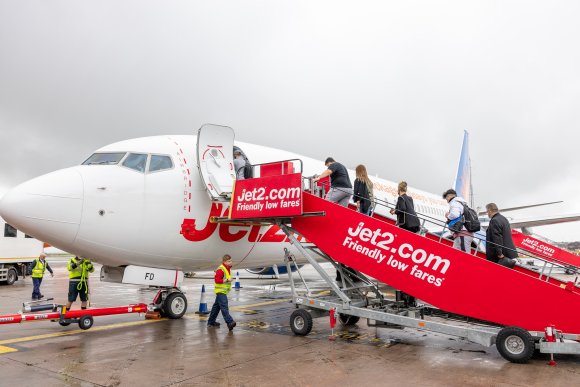 Leisure carrier Jet2.com this week put its summer 2022 schedule on sale, which will see the airline operate 339 routes from its 10 bases in the UK. Among them are three new destinations from Bristol (BRS), the company’s newest base which opens in April, as well as three from Edinburgh (EDI).

The planned new routes from EDI will connect Scotland’s capital with Skiathos (JSI), Santorini (JTR) and Preveza (PVK) in Greece. Each will be served 1X-weekly and take Jet2’s network from EDI to nine destinations in Greece. During summer 2022, the airline will also serve Crete, Corfu, Halkidiki, Kos, Halkidiki and Zante.

In the absence of direct flights, Sabre Market Intelligence data shows that O&D traffic between Edinburgh and Skiathos in 2019 was negligible at just 38 two-way passengers. The carrier will be hoping to stimulate sufficient leisure demand through its package holiday provider Jet2Holidays to make the routes viable.

“If all things go to plan with the vaccine, something we hope happens, then we know people will be incredibly excited to get away at the earliest opportunity and enjoy some sun and have that holiday they have been longing for,” EDI CEO Gordon Dewar said.