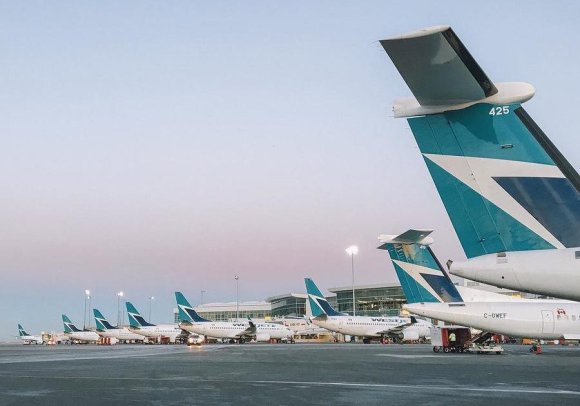 The Calgary-based carrier said it will remove about 30% of its planned February and March capacity, leaving it down 80% year-over-year. The cuts include 160 weekly domestic departures and 70 international departures and will see 24 routes suspended, including 11 year-round markets. The remaining schedule of about 150 weekly departures would be the carrier’s lowest regular schedule since mid-2001.

Seasonal flying to 13 international and transborder destinations has also been suspended.

The reduced schedule will require a smaller staff, so WestJet plans to use furloughs, temporary layoffs, reduced hours and attrition to cut the equivalent of 1,000 positions. Among the layoffs are 200 WestJet and Swoop cabin crew, according to the CUPE 4070 union that represents them.

“Immediately following the federal government’s inbound testing announcement on Dec. 31 [2020], and with the continuation of the 14-day quarantine, we saw significant reductions in new bookings and unprecedented cancellations,” WestJet president and CEO Ed Sims said.

“Regrettably, this new policy leaves us with no other option but to again place a large number of our employees on leave, while impacting the pay of others.”

Canadian airline industry stakeholders and IATA blasted the new COVID-19 testing requirements for passengers, which were put in place on top of quarantine mandates. The resulting drop in demand—WestJet’s revised schedule has only five daily international departures—combined with a lack of government financial aid has airlines and those that depend on them, including air navigation services provider Nav Canada, scrambling to cope.