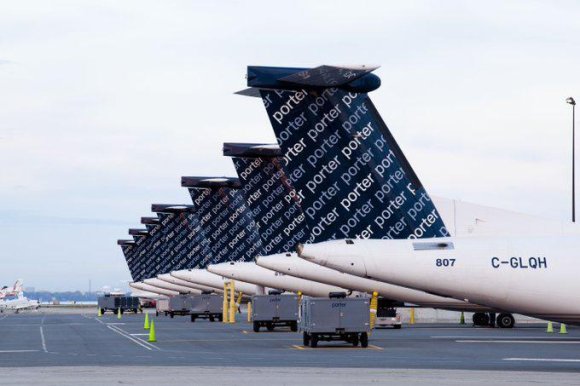 Porter Airlines has once again pushed back its planned re-launch date, but the dormant Canadian carrier expressed confidence that it could eventually restart its network.

The Toronto-based regional and transborder specialist parked its fleet on March 20, 2020, as Canada began border lockdowns to help slow the spread of the COVID-19 pandemic. Now it plans to re-launch on March 29. Its last restart target date, announced in November, was February 11.

"With the introduction of vaccines, we are more optimistic about determining a date in the near-term to reintroduce flights than at any point since the pandemic began," Porter president and CEO Michael Deluce said.

"More time is needed to assess the vaccine's influence on current travel restrictions and when it is appropriate to begin operations again.”

The airline’s pre-pandemic route network included 15 domestic and four US destinations. The airline has not determined its initial re-start schedule, but its long-term plans include using all 29 of its de Havilland Dash 8-400s—the same fleet it had before the pandemic.

About 90% of the carrier’s 1,500 pre-pandemic employees remain on “temporary layoff,” a carrier spokesperson said. Training for work groups, including pilots and cabin crew, must take place before the re-start date, and the carrier’s service resumption plans will factor this in, the spokesperson added.

Porter’s cautious optimism on a pending re-start comes amid broader industry concerns in Canada over recently introduced testing requirements for inbound passengers, and the continued lack of targeted financial support from the Canadian government.