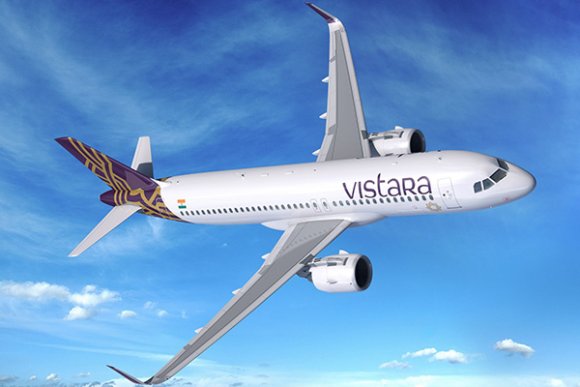 Sharjah will become the second destination in the United Arab Emirates (UAE) served by Vistara when the Indian airline begins flights later this month.

The carrier is launching a nonstop route between Delhi (DEL) and Sharjah (SHJ) on Jan. 20 as part of an "air bubble" agreement between India and the UAE. Service will be daily on board Airbus A320neo aircraft.

Vistara began flying to the UAE in August 2019, operating a route between Mumbai (BOM) and Dubai (DXB). A DEL-DXB route was added a year later.

“We continue to witness significant demand for travel between India and the UAE, and are delighted to add our second destination, after Dubai, in the country to our route map,” Vistara CEO Leslie Thng said.

“We are determined to provide the finest flying experience and enhanced convenience to travellers to and from Sharjah and remain committed to strengthening our global presence.”

Sharjah is the third-largest and third most populous city in the UAE, forming part of the Dubai-Sharjah-Ajman metropolitan area. The emirate of Sharjah has a population of about 1.7 million inhabitants and is home to a significant Indian migrant community.

Figures provided by Sabre Market Intelligence reveal that O&D traffic between Sharjah and India totaled 2.85 million two-way passengers in 2019—a 0.7% rise on the previous 12 months.Delhi was the fifth-largest O&D market in India, behind Trivandrum, Kozhikode, Mumbai, Kochi and Hyderabad.

The latest OAG Schedules Analyser data for the w/c Jan. 11, 2021 shows that SHJ is currently served from 18 destinations in India. Between SHJ and DEL, Vistara will compete with Air Arabia, Air India Express, Go Air and IndiGo.

Vistara’s latest network expansion comes less than a week after the carrier confirmed plans to start flying between DEL and Frankfurt International (FRA) 2X-weekly from Feb. 18. FRA will become the airline’s second point served in Europe after London Heathrow (LHR).