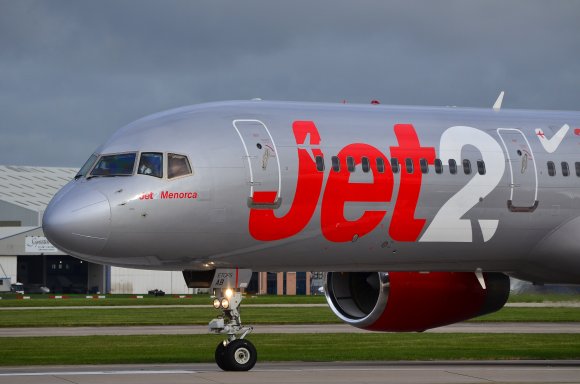 Jet2.com has grounded all flights until the end of March as the number of COVID-19 cases in the UK continues to climb.

The tour operator and airline initially suspended flights to the Canary Islands, Madeira and Turkey until Feb. 12, but the cancellation has now been extended across its entire network up to and including March 25.

The decision comes after England’s third national lockdown came into force last week. All of the UK is now under stricter rules to curb the spread of the virus, with Northern Ireland, Wales and the majority of Scotland also in lockdown.

Passengers affected by the suspension will be issued with a refund, Jet2 said in a statement. The airline added that it would review the situation from March 26 onwards and update its schedule “as appropriate,” leaving open the possibility that its Easter holiday flights will still operate.

According to data provided by OAG Schedules Analyser, Jet2 operated more than 17,300 seats across 46 routes during this week a year ago.

However, the carrier said there remains “a lot of demand” for leisure travel. The company has already put its summer 2022 schedule on sale, which will see the airline operate 339 routes from its 10 bases in the UK.

Among them are three new destinations from Bristol (BRS), the company’s newest base which opens in April, as well as three from Edinburgh (EDI).

Earlier this month, Irish ULCC Ryanair said it would likely not operate flights to and from Ireland or the UK in the near future, citing the latest COVID-19 lockdown restrictions.

“Ryanair will significantly cut its flight schedules from Jan. 21, which will result in few, if any, flights being operated to/from Ireland or the UK from the end of January until such time as these draconian travel restrictions are removed,” the airline said.

Tour operator Tui has also canceled all holidays until mid-February, while easyJet has made significant cuts to its network and is operating just a small number of domestic and international routes.

As well as a UK-wide ban on leisure travel, the UK government is introducing a pre-departure testing requirement for all inbound international passengers to England from Jan. 15. Upon arrival, travelers will have to present a negative COVID-19 test taken up to 72 hours prior to departure.

The move to introduce testing without removing quarantine restrictions has been criticized by IATA director general Alexandre de Juniac. Speaking on Jan. 12, he said the UK government—as well as governments in Canada, Germany and Japan—have chosen policy measures “that will shut down travel.”

“This approach tells us that these governments are not interested in managing a balanced approach to the risks of COVID-19,” de Juniac said.

“They appear to be aiming for a zero-COVID world. This is an impossible task that comes with severe consequences—the full extent of which it would be impossible to calculate.”