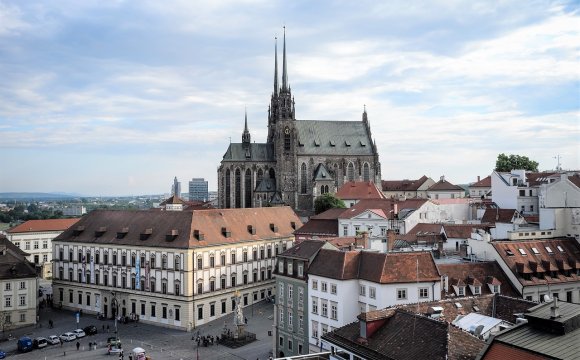 SkyUp Airlines is to launch flights from Ukraine’s capital Kyiv to Brno in the Czech Republic from April 25. Service between Kyiv Borispol (KBP) and Brno (BRQ) will be 2X-weekly on Thursdays and Sundays.

The planned launch comes just days after Ukraine’s State Aviation Administration gave SkyUp the green light to start 11 new routes, eight of which are from KBP. As well as the BRQ service, the airline has been approved to fly from KBP to Hamburg (HAM), Hannover (HAJ) and Nuremberg (NUE) in Germany; London Stansted (STN) in the UK; Marseille (MRS) in France; Podgorica (TGD) in Montenegro; as well as Ostrava (OSR), the Czech Republic's third-largest city.

Brno is the Czech Republic’s second-largest city, home to about 380,000 inhabitants. Although off the traditional tourist trail, Brno is nevertheless an attractive city-break destination, with three castles, museums, and located close to the South Moravian vineyards.

In the absence of direct service between BRQ and the Ukraine, Sabre Market Intelligence shows there was no O&D traffic in 2019. However, SkyUp will be hoping its lower fares will be able to stimulate demand and attract two-way leisure traffic, as well as passengers traveling to Kyiv from the Brno region who would have otherwise used Prague (PRG), Vienna (VIE) or Bratislava (BTS).