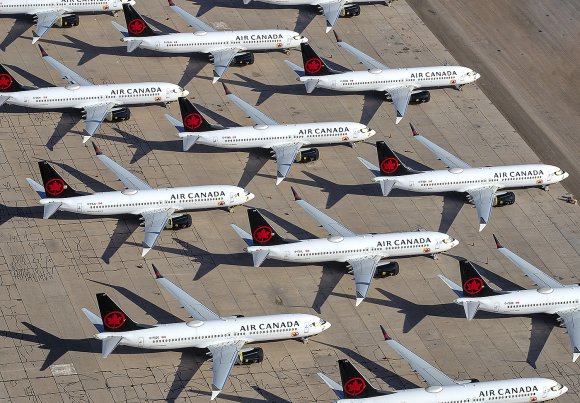 The airline said it plans to deploy the MAX on additional routes “that are best suited for its range and capacity."

The phased return of Air Canada’s 737 MAX fleet comes on the heels of Transport Canada’s decision to lift a Notice to Airmen (NOTAM) banning MAX services in the country beginning Jan. 20, several days after publishing an Airworthiness Directive detailing conditions under which the aircraft is allowed back into service.

“This aircraft has been looked at from nose to tail, wingtip to wingtip,” Air Canada VP of flight operations Murray Strom said. “All systems—not just the systems that were modified with the MAX—but all systems associated with the [MAX] have been carefully scrutinized.”

Before resuming MAX operations, Strom said that Air Canada’s 737 pilots will perform more than 40 hours of computer-based training each, in addition to six sessions of simulator training totaling 24 hours. Each pilot will also complete between four and six training flights in the actual aircraft without any passengers on board before being cleared to resume revenue service.

Air Canada operated a fleet of 24 737-8s prior to the aircraft’s grounding in March 2019, part of a firm order originally placed for 61 jets in 2014. The airline trimmed that order by 11 jets in March 2020, and cancelled an additional 10 737-8s in November, reducing its order to 40 aircraft. The remaining 16 deliveries were also deferred until the late 2021-2023 timeframe to help the carrier conserve cash amid the industry crisis caused by the COVID-19 pandemic.