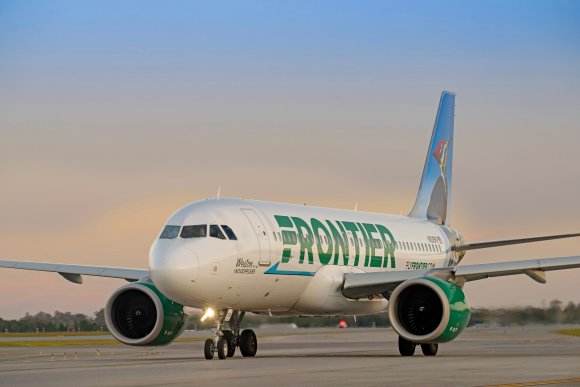 Frontier Airlines will boost service from Orlando (MCO) and Miami (MIA) in the first half of March, among a series of route launches and resumptions the carrier is planning.

From March 11, the ULCC will operate daily flights between MCO and Phoenix (PHX), a new route for Frontier. It will also resume suspended daily service between MCO and San Diego (SAN) on March 7.

Both routes will be operated with Airbus A320 family aircraft; Frontier operates a fleet of 100 of the type.

“Orlando continues to be incredibly popular with travelers across the spectrum, from vacationing families to adventure seekers, and Frontier offers unparalleled affordability for flyers visiting the Theme Park Capital of the World,” Frontier senior VP of commercial Daniel Shurz said in a statement.

The state of Florida currently has no travel restrictions in place.

Frontier is also launching two new Caribbean routes and resuming one domestic route from MIA in the first half of March. Punta Cana (PUJ) in the Dominican Republic and Saint Thomas, US Virgin Islands (STT) will both be served 2X-weekly, and MIA-Las Vegas (LAS) will be operated daily.

“We’re thrilled to continue our exceptional growth at Miami’s convenient airport with new nonstop flights to Punta Cana and St. Thomas starting right in time for spring break travel,” Shurz said. “These new flights will offer unparalleled affordability and access between Miami and two beautiful destinations in the Caribbean.”

Frontier had already planned to add flights from MIA to Cancun (CUN) and MCO in February.