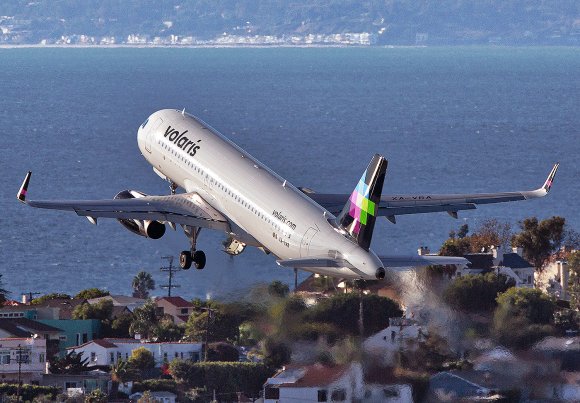 Mexican ULCC Volaris has strengthened its US network with the launch of a fifth route to Oakland International (OAK).

Volaris is currently the only carrier to offer nonstop service between OAK and Mexico. In addition to MID, the ULCC also serves the Bay Area airport from Guadalajara (GDL) 10X-weekly, Mexico City Juarez (MEX) and Morelia (MLM) 4X-weekly, and Leon/Guanajuato (BJX) 3X-weekly.

Volaris director of market development and distribution Miguel Aguiñiga said the new route reinforces the airline’s “commitment to continue strengthening the visitors, friends and family market, by bringing people together on both sides of the border.”

Mérida is the capital and largest city in Yucatan state in Mexico, about 35 km (22 mi.) off the coast of the Gulf of Mexico. According to figures from the National Institute of Statistics and Geography, there are an estimated 180,000 Yucatecan migrants abroad, of which 87% are in the US.

The three US cities with the most Yucatecan residents—San Francisco, Los Angeles and Oakland—are all in California.

"For over a decade, Volaris has been our most important international partner, with 11 years of continuous service to OAK,” Port of Oakland director of aviation Bryant L. Francis said.

Volaris carried 1.8 million passengers during December 2020, an increase of 8.7% versus the previous month. The ULCC’s booked load factor for December was 78.5%.