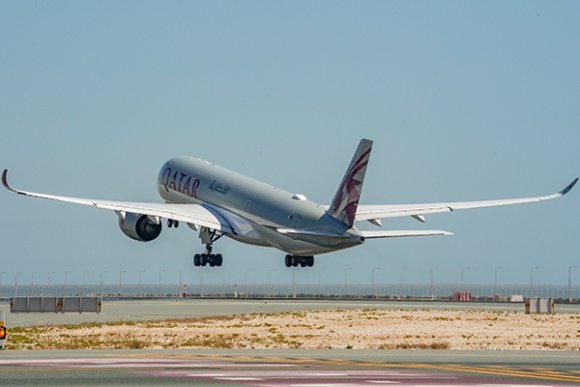 Qatar Airways and Etihad Airways are poised to reinstate routes that have been suspended for more than three-and-a-half years.

The resumption comes after Bahrain, Egypt, Saudi Arabia and the United Arab Emirates (UAE) ended their blockade of Qatar, which had been in place since June 2017 after the countries alleged Qatar had terrorism links—something Qatar vigorously denied.

According to Qatar Airways’ booking system, the oneworld alliance member intends to return to the UAE from Jan. 27 with nonstop flights from Doha (DOH) to Dubai International (DXB). Service to Abu Dhabi (AUH) will begin a day later.

The DOH-AUH service will be 1X-daily, Qatar Airways’ booking system shows, with departure times from DOH varying between 7.50 p.m. and 2.15 a.m., depending on the day of departure.

Prior to the blockade, the carrier served five points within the UAE, flying to Dubai Al Maktoum (DWC), Ras al Khaimah (RKT) and Sharjah (SHJ) in addition to DXB and AUH.

As previously reported by Routes, Qatar Airways has also resumed routes to Egypt and Saudi Arabia. A 1X-daily DOH-Riyadh (RUH) service began on Jan. 11, followed by a 4X-weekly flight to Jeddah (JED) and a daily route to Dammam (DMM).

Daily direct DOH-Cairo (CAI) flights restarted on Jan. 18 and services to Alexandria (ALY) will be restored from Jan. 25, operating 2X-weekly.

As well as confirming plans to resume flights to the UAE, Qatar Airways has this week signed an expanded codeshare agreement with fellow oneworld alliance member Iberia.

The deal will allow Qatar Airways passengers to book travel to and from 40 destinations on Iberia’s network, including new routes in Brazil, Chile, El Salvador and Guatemala. Iberia passengers will benefit from access to 36 routes on Qatar Airways’ network.

“This expansion of our strategic partnership with Iberia further strengthens connectivity between the hubs of Doha and Madrid ensuring more flexible travel options for our customers,” Qatar Airways CEO Akbar Al Baker said.

“Qatar Airways and Iberia have enjoyed the mutual benefits our partnership has brought us since its establishment in 2017, providing more choice and seamless global connectivity for our millions of passengers.”

Meanwhile, Etihad expects to return to Qatar from Feb. 15. The AUH-DOH route will be served daily using a mix of A320 and Boeing 787-9 equipment.

“Adding a new destination to Etihad’s network during the COVID-19 pandemic is another step towards the gradual expansion of normal scheduled services to more cities across the airline’s global network.”

Etihad last flew to last flew to DOH on June 25, 2017. Prior to the blockade of Qatar, the carrier offered 30X-weekly services from AUH, providing about 8,300 two-way weekly seats.

Analysis of data provided by Sabre Market Intelligence shows that in 2016, the last full calendar year before the diplomatic crisis, O&D traffic between Qatar and UAE totaled 1.97 million two-way passengers. By 2018, the figure had dropped to fewer than 200,000 in the absence of nonstop services.