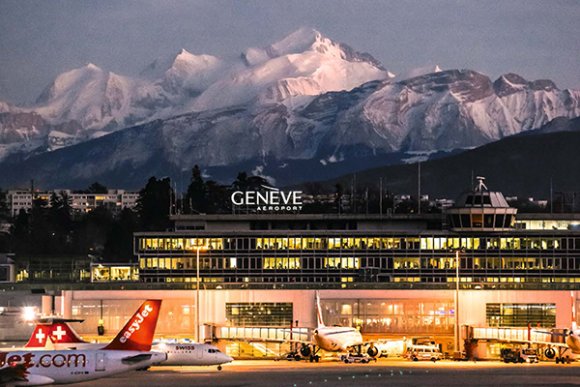 Air Serbia has revived plans to begin flying to Geneva, the second-most populous city in Switzerland. The destination was one of six new markets announced by the airline in February 2020. However, plans to begin serving the city were put on hold because of the COVID-19 pandemic.

Air Serbia said the Monday flights would provide good connectivity from GVA to other destinations in the airline’s network, including Athens (ATH) and the Montengrin cities of Podgorica (TDG) and Tivat (TIV).

“We are carefully monitoring all the changes in travel restrictions and demand, trying to act quickly and seize all the opportunities that open up on the market,” Air Serbia general manager commercial and strategy Jiri Marek said.

“In July, we launched a new destination—Oslo—which proved to be an excellent business decision as the Norwegian capital is currently one of Air Serbia’s top five destinations. Additionally, establishing a codeshare partnership with Turkish Airlines resulted in the introduction of daily flights to Istanbul, which have excellent passenger load factor that reaches more than 80%.”

Yves-Daniel Viredaz, head of marketing and business development at GVA, told Routes: “There is an important Serbian community in our catchment area, and we all know that the VFR traffic will be the first to restart post-COVID. We are optimistic about the demand on this market.

“There will also be furthermore diplomatic travels between Belgrade and the UN agencies in Geneva. Air Serbia is so far the first new airline to announce a new route to/from GVA in 2021 and we welcome this decision.”