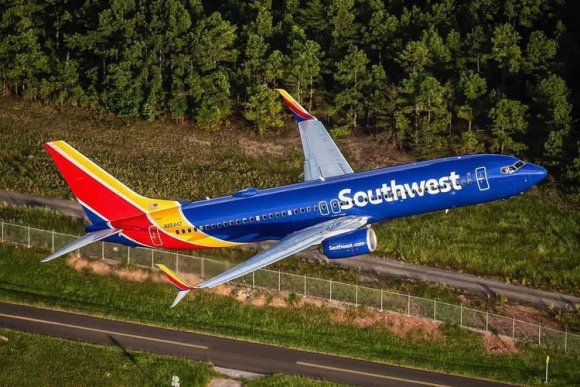 Southwest Airlines has published initial flight schedules for the carrier’s next two airports to be served in California.

The airline confirmed in December plans to launch flights from Santa Barbara (SBA) and Fresno Yosemite International (FAT) but did not announce which routes would be served.

The LCC has now unveiled its initial network from each airport, with three services set to launch from SBA and two from FAT.

“We’re boldly launching this eagerly anticipated new year by doubling-down on our consistent commitment to California to offer our value and flexibility to now 13 airports in the state," Southwest EVP and CCO Andrew Watterson said.

“Not only does Southwest Airlines celebrate 50 years of service in 2021, we’re gratefully acknowledging the support of Californians who have made us the largest air carrier of fliers traveling nonstop to, from, and within The Golden State for 20 consecutive years.”

Starting April 12, Southwest will begin flying from SBA, offering a 3X-daily route to Las Vegas (LAS) alongside 1X-daily flights to Denver (DEN) and Oakland (OAK). Flights from FAT will begin on April 25, connecting the airport with LAS 3X-daily and DEN 1X-daily.

Southwest flew from 10 points in California prior to the COVID-19 pandemic, including Los Angeles (LAX), Ontario (ONT) and San Diego (SAN).

Flights to Palm Springs (PSP) began in November and the LCC has expanded from Long Beach (LGB) after receiving 17 additional slots that were recently relinquished by JetBlue Airways.

OAG Schedules Analyser data shows that Southwest will face competition from United Airlines on the SBA-DEN sector, but LAS and OAK are currently unserved nonstop from SBA. By the time Southwest launches flights to DEN, United will be serving the route 4X-daily.

Prior to the COVID-19 pandemic, Contour Airlines served LAS and OAK daily from SBA, while Advanced Air also provided 3X-weekly flights to OAK. However, the routes have been suspended since April 2020.

From FAT, Southwest will compete with Frontier Airlines and United on the route to DEN and Allegiant Air on the service to LAS. During the week Southwest launches the routes, OAG data shows Frontier and United will be flying FAT-DEN 2X-weekly and 5X-daily respectively, and Allegiant will be offering 11X-weekly FAT-LAS services.