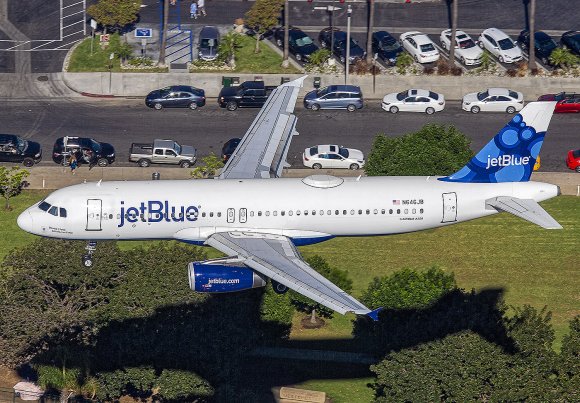 JetBlue Airways has filed a complaint with the US Transportation Department (DOT), alleging its transatlantic expansion plans are being hindered because of difficulties obtaining slots at London airports.

The New York-based carrier said it “continues to face slot uncertainty” due to the UK’s decision to “delay addressing crucial matters” affecting slots at both London Heathrow (LHR) and London Gatwick (LGW). As a result, the airline claimed it is being “locked out” of the major international hubs and called on the UK government to take action.

JetBlue plans to launch its first transatlantic service sometime during the third quarter of the year, operating from Boston Logan (BOS) and New York John F Kennedy (JFK) using Airbus A321LR jets. In November, the carrier secured slots at LGW and London Stansted (STN) but was denied slots at LHR.

In the DOT filing, JetBlue requested that the department takes “official notice” of the ongoing challenges securing slots in London.

At LHR, the carrier said existing slot holders have “reduced services at a scale previously unimaginable,” while at LGW “certain carriers like Virgin Atlantic have ceased operations at the airport altogether while others like Norwegian have announced plans to exit the transatlantic market.”

The filing from JetBlue added: “Virgin Atlantic and Norwegian continue to hold their LGW slots even where, as in the case of Virgin Atlantic, there are no firm plans for the carrier to resume service at the airport anytime soon.

“At the same time, carriers like JetBlue, poised to enter the transatlantic market and disrupt the status quo and fulfill a crucial need for low-cost carrier transatlantic service, are unable to sufficiently secure LHR slots or consistently timed LGW slots because of the fiction that carriers are going to return to the pre-COVID-19 status quo.

“They are not, and the UK government needs to address this reality immediately.”

At LGW, JetBlue was awarded 14 of the 28 slots it requested, enough to fly 1X-daily transatlantic round-trip. And at STN, the country’s fourth-busiest airport, the carrier secured all 28 of the slots it sought—enough to operate 2X-daily round trips.

As reported by Routes, the FAA has extended slot relief at seven major US airports including JFK for the entire summer 2021 season to help airlines cope with the “dramatic and extraordinary” impact of the COVID-19 pandemic.

The US government agency said the move would provide airlines “with flexibility during this unprecedented situation and to support the long-term viability of carrier operations.” The decision means that carriers are exempt from the usual FAA requirement that they operate at least 80% of scheduled flights or else risk losing their slots.

However, the FAA also called on airlines to voluntarily return slots as soon as possible so that “other airlines seeking operations on an ad hoc basis may do so with increased certainty.” JetBlue urged the UK government to take a similar approach when it undertakes a consultation to determine how to address slot matters in 2021.