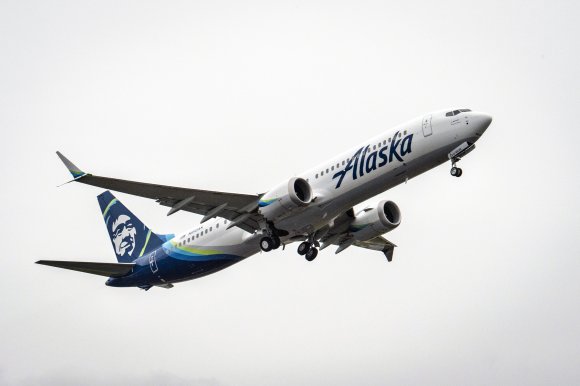 Alaska Airlines took delivery of its first Boeing 737 MAX, which is scheduled to enter service on March 1 with daily flights from Seattle (SEA) to Los Angeles (LAX) and San Diego (SAN).

The aircraft type, which was grounded from March 2019 until late 2020 following two fatal MAX crashes, is a 737-9 variant. Alaska anticipates receiving a second 737-9 later in March. No routes for the second MAX have been announced.

"This plane is a significant part of our future,” Alaska Airlines president Ben Minicucci said.

Before entering revenue service, “Alaska's pilots will put the 737-9 through its paces, flying it more than 50 flight hours and roughly 19,000 miles around the country, including to Alaska and Hawaii,” Alaska said in a statement.

“Our pilots will receive eight hours of MAX-specific, computer-based training prior to flying the aircraft over the course of two days, which includes at least two hours of training in Alaska's own certified, state-of-the-art MAX flight simulator. That's where they fly several maneuvers specific to the aircraft and better understand the improvements that have been made to the plane,” the SEA-based carrier said.