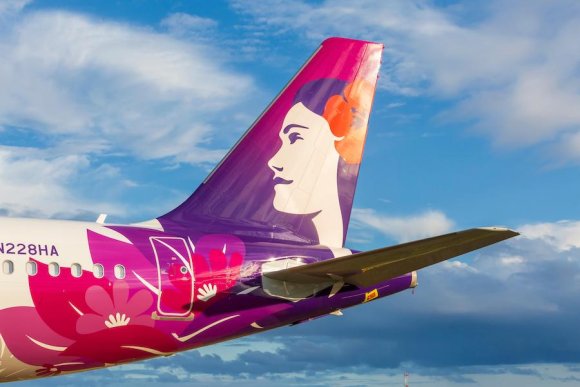 Hawaiian Airlines expects to reach 75%-85% of its 2019 capacity in the summer, with its North American network driving the majority of that growth.

During March and April, Hawaiian is launching new flights from Honolulu (HNL) to Austin, Texas (AUS); Orlando (MCO); and Ontario, California (ONT). It will also start nonstop flights between Maui (OGG) and Long Beach, California (LGB). AUS, MCO and ONT “have been on our radar for some time, with proven demand and the lack of nonstop service," CEO Peter Ingram said.

Hawaiian senior VP-revenue management and network planning Brent Overbeek recently told analysts and investors that the carrier's first quarter capacity decline was 10 points worse than originally forecast, in part because of the rise in COVID-19 cases late in 2020.

Overbeek said that during the last quarter of 2020, bookings for the first quarter of this year were on a positive trend, growing from 19% of 2019 levels to almost 40% in the weeks after Oct. 15, which was the date Hawaii launched pre-travel testing to replace mandatory quarantines for travelers entering the state. Individuals with a negative test can bypass the quarantines.

Bookings began to slow in December, Overbeek said, as COVID-19 cases climbed on the US mainland. Presently, bookings are roughly one-third of 2019 levels “with 70% of those new bookings coming from cash versus travel credits,” Overbeek said.

Overbeek acknowledged that while it could take some time for new routes to develop, “we’re encouraged by the booking activity that we’ve seen” since the airline outlined plans to add new routes.