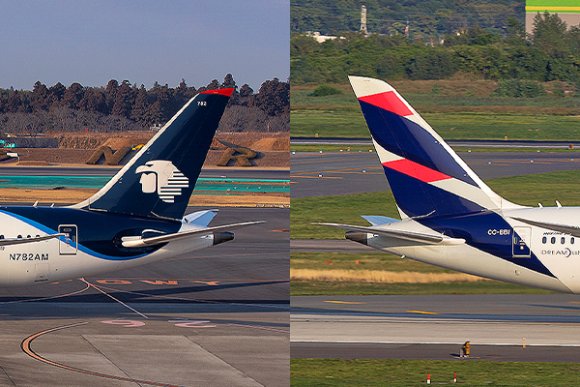 Aeromexico and LATAM Airlines Group are seeking to further expand the breadth of their codeshare partnership to cover services operated by the Mexican flag-carrier to the US.

That agreement saw LATAM passengers gain access to 39 destinations across Mexico and beyond, while Aeromexico’s network was extended to 14 destinations in Colombia and 40 in Brazil.

Now, Aeromexico has applied to the US Transportation Department (DOT) to display LATAM’s ‘LA’ code on flights it operates from points behind Mexico, via Mexico, to any destinations in the US.

LATAM will therefore not market routes for passengers traveling solely between the US and Mexico.

“A codesharing agreement between Aeromexico and LATAM contemplates their connection, via Mexico City, of LATAM traffic traveling between Chile and the United States,” Aeromexico said in the DOT filing.

“Because the carriers plan to implement the proposed codesharing services as soon as all regulatory approvals are received, Aeromexico respectfully requests expedited action on this application.”

An initial 11 routes operated by Aeromexico would be covered by the codeshare agreement.