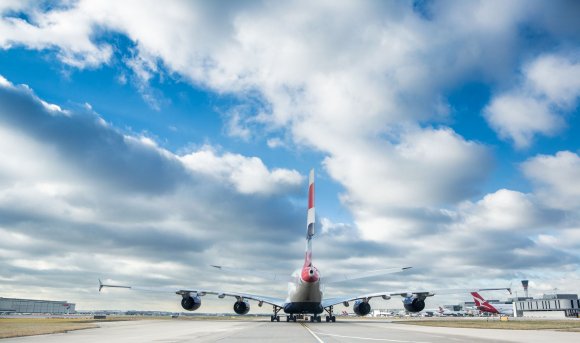 The regulations, which dictate that airlines lose a slot if it is not used 80% of the time, were suspended for the summer 2020 season as the COVID-19 crisis deepened. They were later extended to cover the current winter timetable.

In a statement, ACL said: “The UK’s Secretary of State for Transport has announced that the UK will extend the waiver from the 80:20 slot usage rule to the summer 2021 season, subject to certain conditions.”

Among the conditions are that slots must be returned three weeks or more in advance of the planned operation for alleviation to be granted. However, this only applies to existing slots as newly allocated slots are excluded from the waiver.

Many airlines and industry groups have been in favor of the slot waiver as it allows carriers to adjust capacity to fit passenger demand.

However, the likes of Wizz Air and Ryanair have hit out at the measures, accusing the larger legacy carriers of slot blocking. Speaking in November, Wizz Air CEO József Váradi argued that the Hungarian ULCC is being prevented from expanding at airports like London Gatwick (LGW) because slots are being protected.

“Many airports are basically empty at the moment, but new entrants are prohibited from accessing them,” Váradi said. “It doesn’t make any sense. I think accessibility to airports must be opened up unconditionally.”

In January, JetBlue Airways filed a complaint with the US Transportation Department (DOT), alleging its transatlantic expansion plans are being hindered because of difficulties obtaining slots at London airports.

The New York-based carrier has secured slots at LGW and London Stansted (STN) but was denied slots at London Heathrow (LHR). In the DOT filing, the airline requested that the department takes “official notice” of the ongoing challenges securing slots in London.

“Virgin Atlantic and Norwegian continue to hold their LGW slots even where, as in the case of Virgin Atlantic, there are no firm plans for the carrier to resume service at the airport anytime soon,” JetBlue said.

“At the same time, carriers like JetBlue, poised to enter the transatlantic market and disrupt the status quo and fulfill a crucial need for low-cost carrier transatlantic service, are unable to sufficiently secure LHR slots or consistently timed LGW slots because of the fiction that carriers are going to return to the pre-COVID-19 status quo.

“They are not, and the UK government needs to address this reality immediately.”