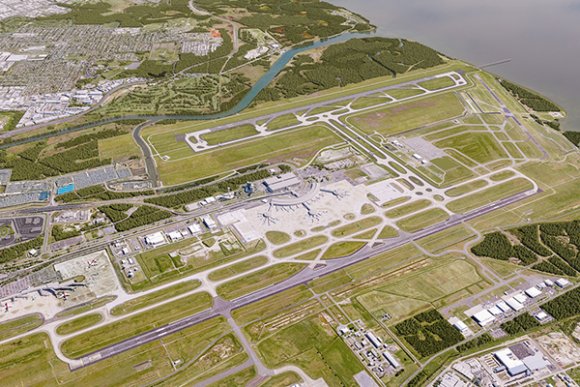 Jim Parashos is the executive general manager of aviation at Brisbane Airport (BNE).

Interstate border restrictions appear to be hindering Australia’s domestic recovery. What is the current situation in Queensland and, when borders have reopened, what level of passenger demand have you seen?

Queensland remains in a positive position and despite our strict border policies in Australia, we have largely seen a containment of community transmission in our state and in Brisbane, which has allowed our intrastate aviation connections [within Queensland] to continued unabated.

About 20% of our pre-COVID domestic traffic was interstate, and this segment has held strongly and is now up to 50% of our daily traffic. Having the largest domestic and intrastate network has certainly helped during these turbulent times.

There are ongoing challenges with our interstate networks given the different approach each state of Australia has taken to opening and closing borders, and while we’re hopeful, this is unlikely to change in the short-term. So, we feel we’re coming to terms with our new normal being large peaks and troughs as those state borders are managed across Australia.

In December, when most state borders within Australia were open, the demand we experienced through BNE far exceeded our own expectations of the market. Our key learning is that while borders remain open, there is opportunity. However, we must work to restore consumer confidence in travel.

Given the cap on international flights, are you seeing airlines being more inventive when it comes to domestic route planning in order to stimulate demand and work within the travel restrictions?

Our domestic airline partners are doing an incredible job in complicated circumstances, and we’ve taken the approach that we all share the common objective of getting people and planes back in the air through cooperation, advocacy and collaboration.

What we do know is that our airline partners are having to respond to a constantly changing operating environment and are having to mobilise new domestic routes and frequencies quickly, while being prepared to pause or reduce as they need to. It’s an enormous task which is constantly fluid.

Our role has been to assist the airlines through that complexity and identify the performance of routes or opportunities for growth at a very granular level so that we are calibrated to what’s happening—and feeding that insight to our airline partners.

Air New Zealand recently began quarantine-free flights to BNE (which later closed but has since reopened). When do you expect other international services to return to your route map?

The one-way green lane travel bubble from New Zealand to Australia is the first important step to what we eventually hope will be a free two-way bubble that will serve as a starting point for how we open up in the future to other markets.

Our view is that an Australia and New Zealand bubble will operate for some time before other markets are included, and as to which markets these will be, will obviously be determined by which countries our federal government work with toward bilateral agreements for two way travel without quarantine requirements. New Zealand accounted for 20% of our international traffic in 2019, so it’s a big and important market for us to open.

What key international routes are you seeking to return first once restrictions allow?

Further international travel arrangements are likely to be determined based on the vaccination programs of Australia and a partner country, so it really is too early to assess which countries may be the first to return to Australia. However, we think that the pandemic will also produce opportunities in markets that were previous not core or in our thinking.

Looking longer-term, BNE’s new runway gives you the capacity to rival other major hubs in the region. How important is the runway to BNE’s future growth and what are you doing to ensure you can take advantage of the added capacity?

The new parallel runway is absolutely key to the growth of our city, our region, our state and for all of Australia. It’s infrastructure that will serve Australians for generations. This development is vital to the city and state’s competitiveness and future.

Long term, we still believe Brisbane Airport will be one of few non-capacity constrained, curfew-free capital city airport in the country, but also no aircraft delays—which had been a challenge at peak times in the past.

The new runway will also provide us flexibility and options in an international network recovery scenario where there is a resetting of networks and route priorities by airlines, and domestic connectivity to and throughout Australia.