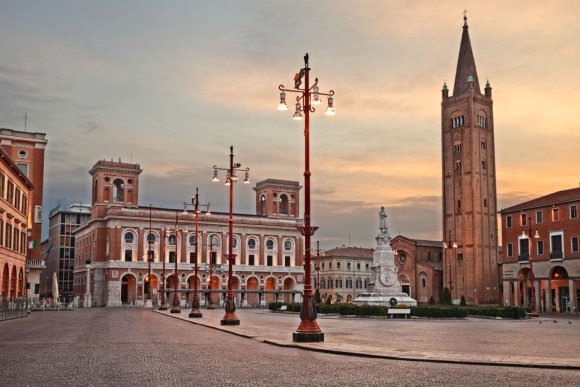 Greek charter carrier Lumiwings is planning to branch out into scheduled operations, offering flights from Forli in northern Italy to destinations across the Czech Republic, Poland, Romania and Ukraine.

Athens-based Lumiwings was established in 2015 as a wet lease and charter operator. According to the airline’s website, it currently operates a single Boeing 737-300.

From March 2021, Lumiwings plans to start offering scheduled services from Forli Airport (FRL) to a series of destinations in Italy and Eastern Europe. These flights will be marketed by airline distribution specialist TAL Aviation Group.

“The new schedule will include flights from Forli to Prague (Czech Republic), Craiova, Arad (Romania), Katowice, Lodz (Poland) and Odessa (Ukraine), as well as several additional destinations in the Mediterranean, including Sicily, Kefalonia, Corfu, Santorini, Rhodes, Heraklion,” TAL said, announcing the scheduled launch. “The first flights are expected to be launched by March 26, 2021, with more destinations gradually added to the schedule throughout the summer.”

From June, KTW and LDJ will also be served with connecting flights, via FRL, from Siciliy’s Trapani-Birgi Airport (TPS).

The carrier will be in competition with Italian startup EGO Airways, which is also planning a March 2021 launch from Forli Airport.

Embraer E190 operator EGO Airways will also fly from a second main base, Catania (CTA), located on the Italian island of Sicily. The startup’s inaugural route will connect its two bases at Forli and Catania.

This will be followed by an initial network of 11 point-to-point domestic routes across strategic cities in Italy. EGO Airways ultimately plans to offer a feeder service to larger carriers at Milan Malpensa (MXP).