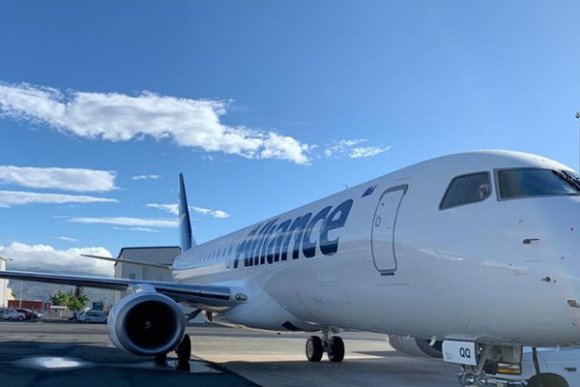 Qantas has agreed a deal with Alliance Airlines to expand the number of flights it offers on regional routes in Australia, where it hopes demand will surge once state border restrictions stabilize.

Qantas said the 94-seat E190 offers the “right range and size” to better service routes linking regional centres with smaller capital cities, compared with the Boeing 737s that are currently used on these routes. The E190 will therefore allow for a higher number of frequencies to be offered between these destinations.

The 737s will be relocated to other parts of the domestic Qantas network in what the airline describes as an ongoing “right aircraft, right route” strategy.

“We know this current climate of snap border closures will pass and we want to be ready for the recovery and for what is a structurally different market to what we had pre-COVID,” QantasLink CEO John Gissing said.

“The ability to switch on extra capacity with Alliance will help us make the most of opportunities in a highly competitive environment and having the right aircraft on the right route helps us deliver the schedule and network that customers want.”

Although the initial agreement is for three E190s, the deal gives Qantas the flexibility to access a further 11 aircraft, depending on market conditions. The E190 offers 10 seats in business class and 84 seats in economy, with a range of about 4,500 km (2,796 mi.).

Gissing said the E190 is a “perfect mid-size regional jet,” given it has a longer range than Qantas’ 717s and is about half the size of its 737s, making the jet better suited for longer flights from less densely populated regional destinations.

“The 737s that we currently use on these routes will move to other parts of our network,” Gissing said. “We’ve already opened up 20 new city pairs with our existing fleet as more people to holiday at home, so there are a lot of possibilities once we get past this cycle of sudden border closures.”

Qantas owns just under 20% of Alliance.