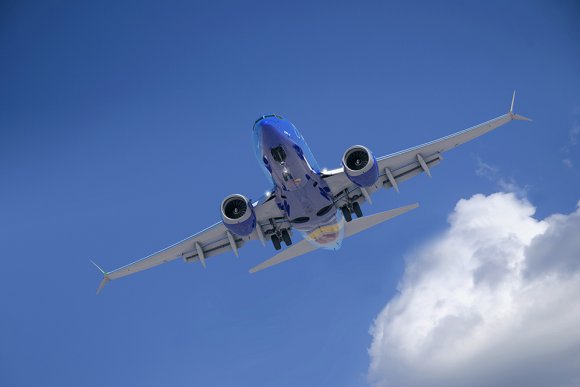 The airline industry still has “a long way to go” to emerge from the COVID-19 crisis, Southwest Airlines CEO Gary Kelly said, adding that the current environment has “start-up-like aspects” that can make it feel like Southwest is building a new airline.

But Kelly, speaking to analysts and reporters recently to discuss the company’s $3.1 billion 2020 net loss—the Dallas-based LCC’s first annual deficit since 1972—said he is trying “to not think that we're starting over as a company … We've got a lot of institutional capabilities.”

He conceded that two big questions are hanging over the carrier: “Are you going to have 85% load factors again? Are we going to have a dense scheduling opportunity again?”

Southwest intentionally kept its load factors in check through much of 2020 by limiting sales on its aircraft to ensure middle seats were kept open on its Boeing 737s for social distancing. It started selling all seats again on Dec. 1.

“So, for December, we estimate a revenue boost of around $80 million as a result of selling all seats,” Southwest president Tom Nealon said. “Our December load factor was up 12 points versus November.”

Nealon warned that the business traffic environment continues to be tepid in the US. “Business demand continues to be very weak, and our corporate-managed travel was down 87% in the fourth quarter, which was actually a slight improvement in the third quarter, but we have no real movement to speak of,” he explained. “And we expect business travel to be down and to remain down significantly this year. I don't think that's surprising to anybody.”

He added: “Based on what we're seeing and learning from our customers, and also from outside research, our expectation is that domestic business travel will continue to return slowly and by the end of 2021 perhaps it could still be in the range of down 50% to 60%.”

Leisure markets continue to be Southwest’s strength, Nealon said, explaining: “We're seeing strength in Florida and throughout Texas, Colorado and Arizona. California and Hawaii both began the fourth quarter with encouraging momentum … Some of our larger markets in the northeast and midwest, like New York and Chicago, are underperforming.”

Southwest is the world’s largest customer for the 737 MAX, of which it had 34 when the aircraft was grounded in March 2019, and it plans to return the aircraft to service on March 11.

“The MAX is more reliable [than the 737NG],” COO Mike Van de Ven said. “It has a lower fuel burn. It's quieter. It's less expensive to maintain, and it's our most comfortable aircraft from a customer perspective. And it is a key component of our future.”

Southwest took delivery of seven leased MAXs from Boeing in December. “If you combine that with the 34 MAXs we had in storage in Victorville, [California], that brought our MAX fleet to 41 aircraft by year end,” Van de Ven said.

“We also identified 20 of our older 737-700s that had an expensive near-term maintenance profile, and we accelerated their retirement at the year end, and that brought our fleet total down to 718 aircraft for use in the operation as we go into 2021.”

The MAX’s return and the ability to retire aging 737NGs gives Southwest “tremendous near-term flexibility to either slow down or accelerate flight activity as demand dictates,” Van de Ven said.

Southwest has completed 200 validation or readiness flight tests with the MAX. As far as placing the aircraft, which the airline had a hand in designing, back into scheduled service, “we'll be starting out in a very small and focused manner for the first month with just 10 lines of flying,” Van de Ven said. “They'll be isolated to all-MAX lines. We will not co-mingle the NG and the MAX fleet for that first month of service. After that, we'll have roughly 65 MAX aircraft available for service, and we expect to be in normal operational mode by mid-April. We'll end 2021 with 69 MAX aircraft.”

“For Southwest, we are a growth airline with a cost structure to support growth, and we don't believe we need to make structural changes to our strategy, business model, fleet and product offering,” she said.

“We are very well-positioned for a recovery in travel demand and our focus is on our long-term health and position within the industry rather than managing to a particular point in time during this pandemic.”