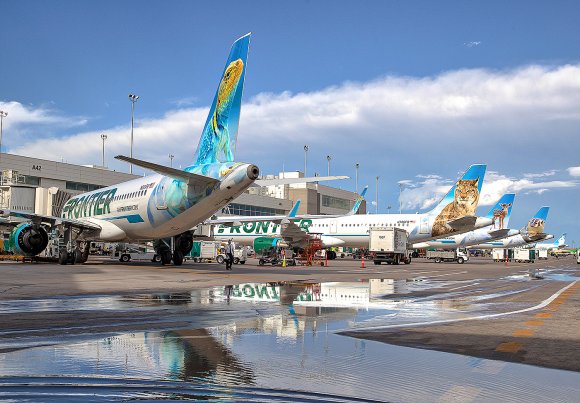 The ULCC, which this summer plans to serve 18 nonstop routes from TPA and 16 from ATL, said both destinations have become “increasingly important” points in its network.

As a result, the airline will establish a crew base at TPA in May and intends to open a base at ATL before the end of 2021. Approximately 250 flight attendants and 140 pilots will be based at TPA this year with that number expected to increase in the future.

“With our low-cost structure and focus on leisure travel, Frontier is exceptionally well positioned to increase operations this year and continue to expand in these two growing markets,” Frontier CEO Barry Biffle said.

“We anticipate that nearly 400 Frontier crew members will be based in Tampa by the end of 2021. Atlanta is also on the radar for later this year and those details will become more solidified as things progress.”

This places ATL as Frontier’s sixth-largest market by departure seats this summer, with TPA seventh.

Speaking at TakeOff North America 2020 in October, Biffle said Frontier was well-placed for further expansion over the coming years fueled by ongoing low-cost point-to-point leisure demand in the US.

“We believe we entered this crisis in the best position in the US,” he said. “We have the lowest cost and one of the best balance sheets–and that has paid off very well. We also have a very low cash-burn rate, and we’ve taken measures to further reduce that.

“Going forward our growth potential is great. If you look at the debt taken on by all carriers, including ourselves, then our relative cost advantage is going to expand dramatically.”