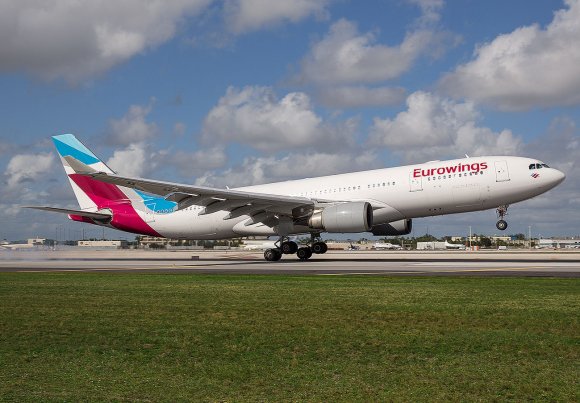 Lufthansa Group is planning to further expand its long-haul tourist offer from Frankfurt (FRA) at the start of the winter 2021/22 season with the addition of flights to Montego Bay in Jamaica and Varadero in Cuba.

The two routes will begin in early November and are set to be operated by the group’s new Eurowings Discover brand, which is likely to commence flights this summer.

Lufthansa announced plans to start a new long-haul leisure unit in July 2020 to offer direct competition to charter airline Condor, its former subsidiary. The project was originally called Ocean before being rebranded to Eurowings Discover in January.

The planned launch is set to coincide with the end of a commercial agreement between Lufthansa and Condor, whereby Germany’s flag-carrier provides short-haul feed for Condor’s long-haul services from FRA and Munich (MUC). The deal will cease in June.

However, Condor last month filed a complaint with Germany’s cartel office arguing that Lufthansa’s decision to terminate the contract is an abuse of its dominant position.

According to data provided by OAG Schedules Analyser, Condor will provide competition on both new routes slated to start in November. The airline has filed plans to operate FRA-MBJ 1X-weekly and FRA-VRA 2X-weekly in winter 2021/22 using Boeing 767-300s.

Eurowings is currently offering long-haul flights from FRA to Windhoek (WDH), the main gateway to Namibia, operated by Brussels Airlines. Although subject to change, a 3X-weekly route to Barbados (BGI) is scheduled to resume on March 19, followed by the launch of flights to Punta Cana (PUJ) in the Dominican Republic on March 29.

In early June, routes will also be opened from FRA to Anchorage (ANC) and Las Vegas (LAS) in the US, alongside flights to the island nation of Mauritius (MRU). Service will be 3X-weekly, 5X-weekly and 2X-weekly respectively.

A spokesperson for Lufthansa Group confirmed to Routes that these long-haul leisure routes will be operated by Eurowings Discover—which will have the airline code 4Y—and the flight plan will be adjusted accordingly.

In October, Lufthansa also announced the summer 2021 launch of routes from FRA to Malé (MLE) in the Maldives, Mombasa (MBA) in Kenya and Zanzibar (ZNZ) in Tanzania. MLE and MBA will be served by the Star Alliance member twice a week although the launch of flights to ZNZ appears to be on hold.

During the summer season, Condor will serve LAS and PUJ 4X-weekly, ANC 3X-weekly, and fly to MBA, MRU, MLE and WDH twice a week.

In a separate development, Lufthansa and SWISS have started an interline agreement with South African carrier Airlink.

The deal covers more than 25 domestic destinations in South Africa and 20 regional points in Southern Africa, including Victoria Falls, Maputo, Windhoek and Harare.

Airlink CEO Rodger Foster said: “We are confident that the partnership will provide our respective customers with a wider choice of travel options through the convenient interconnectivity of our respective flights at Johannesburg’s OR Tambo International and Cape Town International.”