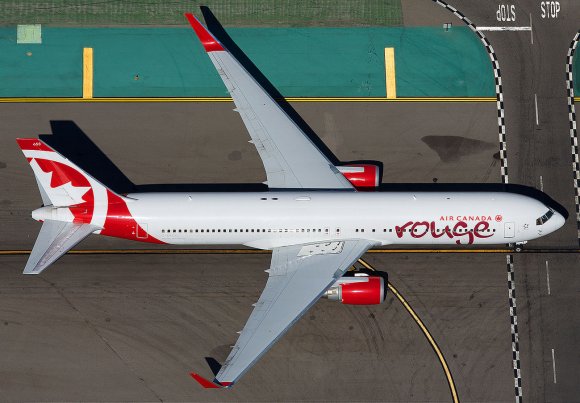 Air Canada Rouge has become the latest airline in Canada to suspend warm weather routes after Ottawa's introduction of additional travel restrictions for the Caribbean and Mexico to stave off the spread of COVID-19.

Rouge is Air Canada’s low-cost subsidiary. Its flights were suspended in the first half in 2020 as the COVID-19 virus spread rapidly. Rouge restarted flights in November 2020, but the Boeing 767 widebodies Rouge operated on long-haul flights were retired by Air Canada as part of its decision to exit 767 flying. At one point, Rouge operated 25 767s.

“As a result of our suspension of all fights to the Caribbean and Mexico at the request of the Canadian government, were are again pausing our Rouge operations effective Feb. 8 as these flights are primarily operated by Rouge,” an Air Canada spokesperson said.

Previously, Air Canada has announced it would cut service to 15 Mexican and Caribbean destinations beginning Jan. 31 through April 30. Other Canadian carriers, including WestJet, Sunwing and Air Transat, have also cut fights to Latin America and the Caribbean to comply with Canada’s restrictions.

Canada’s airlines are still waiting for the country’s government to unveil a financial package specifically for air operators. After Canada introduced its most recent travel restrictions, Sunwing opted for a C$375 million ($293 million) loan from Canada’s government through a program that is designed to give the country’s larger corporations financial assistance. Sunwing’s primary destinations are in the Caribbean, Mexico and Central America.