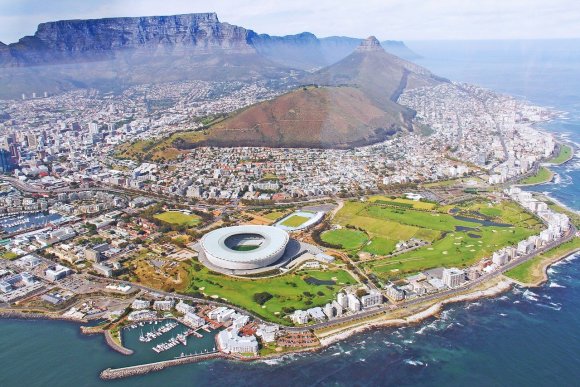 How is business at CTAA with the current conditions in South Africa?

Paul van den Brink: More and more border restrictions are being put in place; it’s tough for us and schedules are changing every day.

We had the first lockdown in March, but then it opened up and was going quite well. At the end of June to domestic came back, and in October international came back. Month by month we could see good growth and until December we were quite optimistic, especially with our summer season coming up. December is a huge month for Cape Town (CPT).

The forward bookings were actually quite good. On the domestic side, the load factors were increasing quite quickly; in December we had 72% and capacity was almost half compared to the year before.

And all the international airlines were quite excited. International capacity was about 25%, but the load factors for December was still 50%, so all in all not too bad.

But then, of course, the second wave started just before Christmas, and the South African variant was announced. Since then we have seen a decrease, of course, and also in the operating schedules.

How are conversations progressing with the airlines?

Van den Brink: We engage constantly with the carriers, keeping each other up to date on developments on a weekly basis. But there's not a lot we can do at the moment.

For our summer schedule (IATA Winter) we have some airlines, like Austrian, that have decided they will stop for the season.

It’s the same with KLM, they were flying six times a week but now the Dutch government put in new regulations for antigenic tests, plus a PCR test four hours before you leave the country.

They’ve also put restrictions on crew so it makes it very difficult to operate a route, and now they have to Amsterdam (AMS) via Dar es Salaam (DAR) and they reduced it to three flights a week. There's a lot more restrictions so the airlines.

The only carriers that are still operating almost full schedules are Ethiopian and Qatar.

David King: We thought the Middle Eastern carriers could take advantage but now even Emirates suspended flights. I think they are a bit less worried about restrictions, but even they have canceled now.

Van den Brink: It's all government related. The first wave was different because most of the restrictions were from the South African government, so we could lobby them and in the end that worked. We did it together with the South African Tourism Board and the tourism Business Council, and other tourism stakeholders. So that really helped.

But this is different because it's not only the South African government, but most of the time it's also the other governments such as Britain, the Netherlands and the EU. So there's less we can do.

But when carriers are allowed to fly again, I'm sure they will be back on the Cape Town route.

Are you able to make any progress with route development during this period?

Van den Brink: We only have a small team, four or five people, so we are staying busy. We are already busy with IATA Winter from October 2021; there are quite a few airlines that are keen and interested to start new routes or to expand.

We’re hoping the timing works in our favor. Europeans are quite conservative so June might be too early for them to go on holiday, but they will be looking around October.

Our destination will offer good proposition because we have value for money. You know when you come here you can eat a fantastic meal for £15 ($21) in a five-star restaurant.

Plus of course we have the nature offering; our beaches are like Spain, Portugal or Greece but there's hardly any people.

So we definitely believe we have a destination that travelers are looking at in the future. We are engaging carriers that that want to operate in Cape Town, and new carriers as well. That's quite promising for us.

King: People feel comfortable coming to South Africa. We have a very high-quality health system and this is an advantage in the current climate.

And what else do you think needs to be done to ensure that people can and will travel to Cape Town again?

King: Testing before flying is necessary and a big requirement. Johannesburg now has a testing station at the airport so you can test before you fly and the results are available between four and eight hours.

At Cape Town we only have the antigen test, not the PCR test, but you can’t fly with that on most of the carriers.

That would make it easier for incoming and outgoing; if you're a tourist then you need to get tested. You might be a little bit unsure, but if you notice it’s at the airport it makes it much easier to make that decision.

So that's something that we've been pushing for now, as well as mobile testing stations.