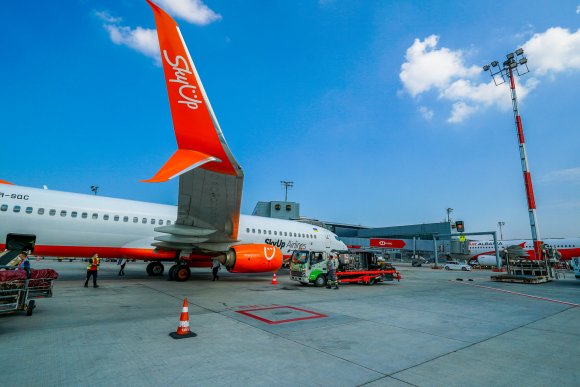 Fresh from announcing a string of new routes in recent weeks, Ukrainian carrier SkyUp is planning to add more services that will strengthen connections between Ukraine and Poland.

Four routes between the countries are planned for the summer season, the first of which will link Ukraine’s capital Kyiv with Łódź, the third largest city in Poland and the future host of Routes Europe in 2023.

Flights between Kyiv Boryspil (KBP) and Lodz Airport Central Poland (LCJ) will begin on March 29, initially operating 2X-weekly on Monday and Friday before the frequency increases to 4X-weelky from April 25 with the addition of Wednesday and Sunday flights.

LCJ will then receive a second route on April 30 when SkyUp begins service from Lviv (LWO), located in western Ukraine about 70 km (43 mi.) from the border with Poland. In late April the LCC also plans to start flying between KBP and Baltic coastal city Gdańsk (GDN), before starting KBP-Katowice (KTW) service in late May.

As data provided by Sabre Market Intelligence shows that there was almost no indirect traffic between Kyiv and Łódź in 2019 given the absence of direct air service, it could be thought that there would be no demand to operate a nonstop route.

However, using ASM’s Airport Catchment Analyser tool to identify the traffic traveling to and from Kyiv from within a 72-km radius of Łódź, the total market size was 48,460 two-way passengers 2019.