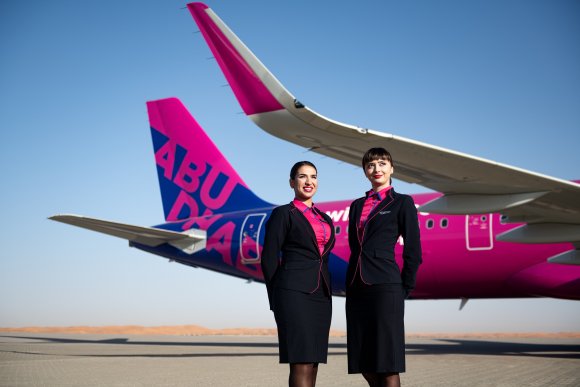 Wizz Air Abu Dhabi is adding Alexandria in Egypt to its network from Feb. 22, putting the ULCC in direct competition with rival Air Arabia Abu Dhabi.

“The UAE and Egypt provide a popular travel corridor for residents and tourists in the region, and we are committed to providing options that are more viable and affordable for travelers.”

Alexandria is one of Egypt’s largest cities and a major economic driver. The city extends 40 km (25 mi.) along the country’s northern coast and is situated by the Mediterranean Sea.

The startup instead began commercial operations on Jan. 15 with flights from AUH to Athens (ATH), operating 2X-weekly on Mondays and Fridays. A second route to Greece started on Feb. 4, connecting AUH with Thessaloniki (SKG).

According to OAG Schedules Analyser, Etihad provided regular service between AUH and HBE until April 2012, resuming the route for a limited time in July and August 2019. However, the route remained unserved until Air Arabia Abu Dhabi began operating in July 2020.

Air Arabia Egypt is already the number one carrier at HBE by departure seats. OAG data shows that in 2019 the Emirati LCC had a 19.1% share of all seats.