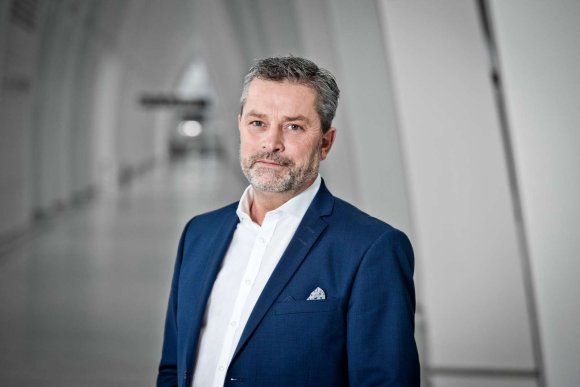 The digital COVID-19 passports being developed by the Danish government are a “flicker of light in the coronavirus darkness that has descended on the aviation industry,” according to the CCO of Copenhagen Airport (CPH).

Copenhagen has suffered a “sad start to the year," said Peter Krogsgaard (pictured), handling 174,970 passengers, which is equivalent to 8.9% of last year’s figure. As a result of the fall, about 10,000 jobs are at risk in the Danish aviation industry.

“That's why we need help to reboot,” Krogsgaard said. "Obviously, it's difficult to run a commercial airport when there are virtually no passengers, but right now, Danes have not only very few travel options, they are also afraid to travel.

“However, we're sure that the new corona passport will create confidence and reawaken people's appetite for travel. In the future, Danish nationals will need to remember two passports: their official Danish passport and a digital corona passport.

“That will create a sense of assurance and allow us to begin traveling again in a secure and responsible way without spreading the disease.”

However, it is essential that a “common standard” be developed between nations, Krogsgaard said, to ensure the passport is “valid and internationally accepted.”

International routes are the worst-affected from Copenhagen, typically making up 94.5% of traffic at Copenhagen Airport.

Domestic services to Aalborg (AAL) and Rønne (RNN) now rank as the first and third-most popular routes, accounting for 14 per cent of all travellers to and from Copenhagen.