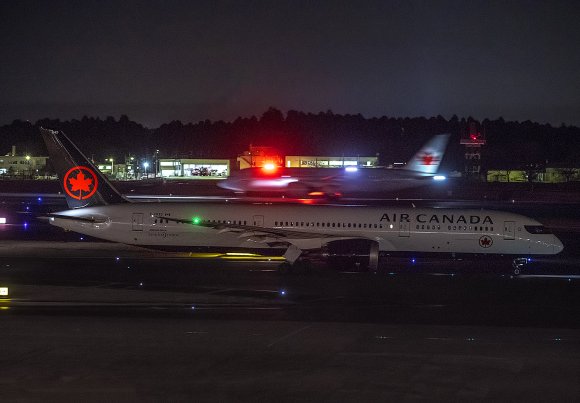 Air Canada is suspending service on 17 more routes until April 30 at the earliest as it grapples with new travel restrictions imposed by the Canadian government designed to mitigate the spread of COVID-19.

“We are further reducing our transborder and international commercial schedule as a result of COVID-19,” a spokesperson for Air Canada said. “Affected customers with bookings will be contacted with options, including alternate routings.”

The latest cancellations affect eight transborder routes to destinations in the US, plus nine services to other international points in Air Canada’s network.

Bogota (BOG), Dublin (DUB) and Sao Paulo (GRU) will also be halted from next week, while the launch of service to Dubai (DXB) and Hong Kong (HKG) has been postponed. Flights to Tel Aviv (TLV) will remain suspended.

From Montreal (YUL), Air Canada is canceling services to BOG, BOS and LGA, and from Vancouver (YVR) flights to London Heathrow (LHR), Seattle (SEA) and Tokyo Narita (NRT) will be paused.

The suspensions come as Canada further locks-down its international borders. In January, the government suspended all travel to the Caribbean and Mexico, as well as announcing that all international arrivals would be funnelled through just four airports. They are Calgary (YYC), YUL, YVR and YYZ.

Other new measures include a requirement for anyone arriving in Canada by air to take a COVID-19 molecular test at their own expense upon arrival and stay in an approved hotel for three days while they wait for their results.

Last week Air Canada announced that it would temporarily cease operations at Air Canada Rouge, including the temporary layoffs of about 80 employees.