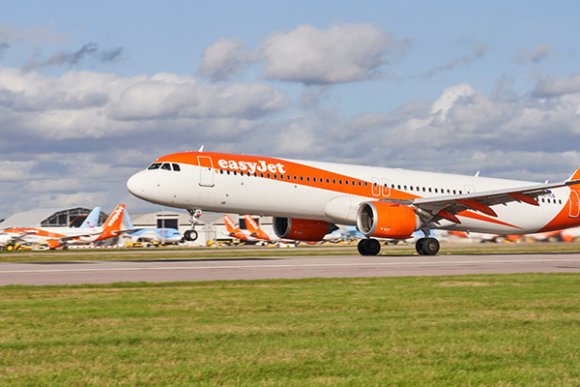 The successful rollout of COVID-19 vaccine programs across Europe will translate into strong international traffic growth during the upcoming summer season, according to easyJet CEO Johan Lundgren.

Speaking during the latest CAPA Live event on Feb. 10, Lundgren said the UK carrier is upbeat that demand for air travel will return over the coming months, despite planning to fly just 10% of its 2019 capacity during the second quarter (Q2) of 2021. Much of the Q2 capacity centers on domestic routes in the UK, France and Italy.

“We know that there is underlying demand out there. This is not a question about demand—this is all about the restrictions that are in place,” Lundgren explained.

“The early indications of the demand that we're seeing for the summer is into the big, traditional holiday resorts, where people recognize the infrastructure will be in place. But if international borders are closed, then it's going to be much more focused on domestic.”

Lundgren called on governments in Europe to set out a plan detailing how and when they are going to “unwind” the travel restrictions currently in place, subject to vaccines proving resistant to the new strains of COVID-19.

“If there continues to be a successful rollout of the vaccination program—and it starts to have a better effect than perhaps anticipated—restrictions could be lifted earlier. I think there there will be an absolute boom in travel because there’s such underlying, pent-up demand out there.”

However, Lundgren cautioned that the LCC must remain “tremendously flexible” in terms of capacity planning given the continued uncertainty in the market.

He was speaking as the UK government issued strict new COVID-19 enforcement measures in England that require international passenger arrivals from certain red-list countries—among them Portugal—to quarantine in a government-sanctioned hotel for 10 days or face fines of up to £10,000 ($13,825).

Lundgren also addressed accusations from the likes of Ryanair and Wizz Air that the airport slot waiver—which has been in place since the beginning of the coronavirus outbreak and was recently extended in the UK and Europe for the summer season—is anti-competitive.

Wizz Air has claimed that the decision to suspend the rules governing takeoff and landing rights at slot-constrained airports is preventing it from expanding at London Gatwick (LGW), where easyJet holds a dominant position.

EasyJet is this summer expanding its LGW base by four aircraft, taking the airline's fleet at the airport to 71. The carrier has also picked up some additional slots from Norwegian.

“You've got to cut through the noise here—and this is a nonsense debate,” Lundgren said when asked about Wizz Air’s claims. “There's no evidence that this in any way restricts competition at all.

“We acted by taking on the two Moscow slots in Gatwick. We did a deal with Norwegian in this case. This is a free market. Everybody can do what they want to do, but we have acted on it," he said.

“Like I said, slots are handed back when we don't fly them, so everybody can fly them. Nonsense. Absolute nonsense.”