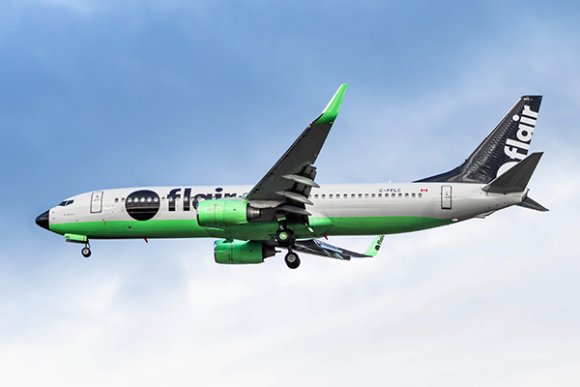 The Canadian ULCC, which plans to serve 18 points across its home market during the upcoming summer season, said the additions were in anticipation of “tourism and travel to begin restarting” in spring and summer.

Service to Halifax (YHZ) in Nova Scotia, Saint John (YSJ) in New Brunswick, and Kitchener-Waterloo (YKF) and Ottawa (YOW) in Ontario will begin on May 1.

Edmonton-based Flair will then add flights in June to Thunder Bay (YQT) in Ontario, Charlottetown (YYG) on Prince Edward Island, and Abbotsford (YXX) and Victoria (YYJ) in British Columbia.

“We strongly support the need for restricting non-essential travel as Canada works to bend the curve. Flair was one of the first airlines to reduce our network and focus exclusively on essential domestic travel,” president and CEO Stephen Jones said.

“Providing affordable air travel within Canada is the first step in restarting travel and tourism, and Flair is uniquely positioned with the efficiencies of our low-cost model.”

In January, the carrier announced an agreement to lease 13 Boeing 737 MAX aircraft as it looks to grow its fleet while bringing down fares in the domestic air travel market.

The 737-8s will be leased from 777 Partners, a Miami-based private investment firm that also holds a 25% stake in Flair. The airline said it will begin taking delivery of the new planes in “early 2021.”

According to data provided by OAG Schedules Analyser, Flair currently serves four Canadian airports, but its network is expected to return to 10 destinations in April.