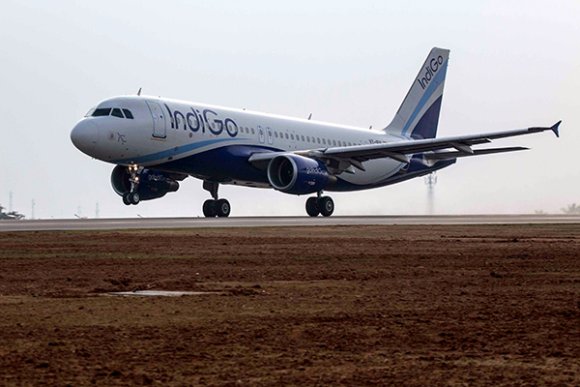 IndiGo and SpiceJet have each unveiled a string of new domestic services as part of efforts to stimulate traffic and boost regional connectivity across India.

Although airline capacity in the country is currently capped at 80% of pre-COVID-19 levels—a figure that will remain in place until the start of the summer season at the earliest—the LCCs are competing to strengthen their domestic networks in the absence of international flights.

Six more routes will be exclusively operated by the airline: Bhubaneswar (BBI)-Patna (PAT); Jaipur (JAI)-Vadodara (BDQ); Chennai (MAA)-BDQ; Bengaluru (BLR)-Shirdi (SAG); Kochi (COK)-PAT; and Rajahmundry (RJA)-Tirupati (TIR). All will be served daily, apart from BLR-SAG which will be 6X-weekly.

“Direct connections between Bhubaneswar and Patna—the ancient cities; Jaipur and Vadodara—the textile hubs; Rajahmundry and Tirupati, the sacred cities, will cater to the travel demand in the cities, alongside promoting trade and tourism.”

Meanwhile, SpiceJet is this month launching routes from Ajmer (KQH) to Mumbai (BOM) and Ahmedabad (AMD) to Amritsar (ATQ), both of which are currently unserved. Seasonal services will also be started Jaisalmer (JSA) with Delhi (DEL) and AMD.

Daily flights will also begin on AMD-BLR, CCU-Guwahati (GAU) and GAU-DEL, while AMD-Bagdogra (IXB) and MAA-CCU will be 3X-weekly. Service from PAT to BLR and STV will be 5X-weekly and 2X-weekly respectively, and STV-MMA will be 4X-weekly.

The seasonal flights will operate from Feb. 12 to March 13 and all other flights will commence operations from Feb. 19. SpiceJet will deploy a mix of Boeing 737 and De Havilland Dash 8-400s aircraft on these routes.