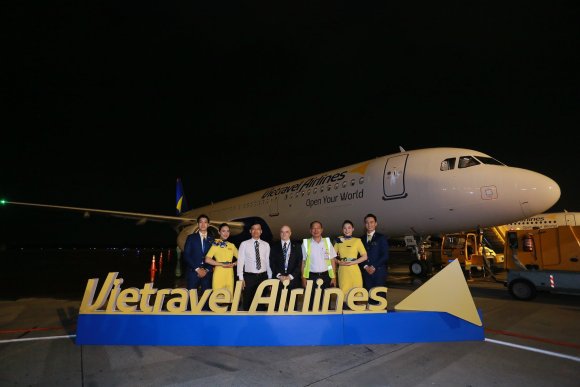 The airline, a subsidiary of Vietnamese tour operator Vietravel, was granted an air operator certificate from Vietnam’s civil aviation authority in December. Commercial flights began in late January and the carrier is now serving six destinations across the country.

The airline also connects Ho Chi Minh City (SGN) to DAD 2X-daily and to Cam Ranh (CXR) and PQC daily. On top of that there are 2X-daily flights between HAN and SGN.

With Vietnam’s borders remaining closed, the launch of Vietravel Airlines comes as competition continues to intensify in the country’s domestic market as airlines battle to win market share.

Vietnam Airlines accounts for 40.9% of all domestic capacity, followed by Vietjet with 38.9%. Bamboo Airways, which has just taken delivery of its first Airbus A321neo aircraft, has a 17.8% share, and Vietravel Airlines now makes up 2.4% of capacity.

Of the routes launched by Vietravel Airlines, the carrier will face strong competition on each of them, particularly between HAN and SGN.

OAG schedules data shows that airlines are offering more than 255,000 two-way seats between the destinations this week, led by Vietjet with in excess of 105,000. Vietravel Airlines has around 6,100 seats available.